'Congress Should Quit Armchair Politics; If It's Unable To Fight BJP, We'll Do It': TMC

Hitting the Congress while it is down, the TMC general secretary said, "Congress should leave armchair politics. If it is unable to fight BJP, we will do it." 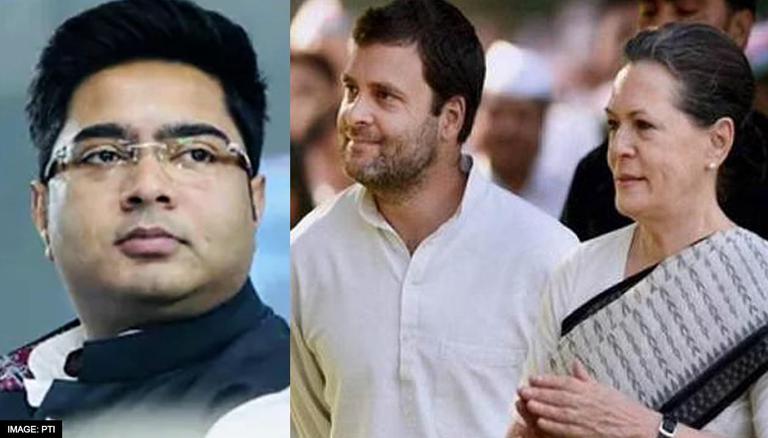 
Taking a dig at the endless infighting in the Punjab Congress, TMC MP Abhishek Banerjee on Wednesday asked the grand old party to quit 'armchair politics' and let his party deal with the BJP.

Hitting the Congress while it is down, the TMC general secretary said, "Congress should leave armchair politics. If it is unable to fight BJP, we will do it."

Marred by constant infighting, the Congress is struggling to hold power in the state of Punjab that goes to elections in 2022. The Gandhis received a major blow on Tuesday as Sidhu announced his resignation from the post of PPCC chief.

READ | BJP is 'jumla party', will defeat it across India: Mamata

The Congress leader stepped down within 72 days of being appointed to the top post amid growing differences with the then Chief Minister Amarinder Singh. Sidhu's move was followed by a series of resignations by his supporters including ministers from the newly formed cabinet under CM Charanjit Singh Channi.

As Congress breaks apart at the hands of one man, the High Command has decided to sideline Sidhu and appoint a fresh PPCC President. Fed up with Sidhu's attitude, the Gandhis are mulling to appoint either Kuljeet Singh Nagra or Ravneet Singh Bittu as the party's next Punjab president.

Meanwhile, the G23 leaders have once again come out in the open slamming the party leadership over the Punjab crisis. While senior Congress leader Kapil Sibal has called on the High Command to introspect why leaders have been quitting the party, Ghulam Nabi Azad has written to Sonia Gandhi demanding an urgent meeting of the Congress Working Committee (CWC).

The Congress crisis has drawn ridicule from several opposition parties including the BJP, SAD, AAP, and TMC.

In a parallel fight against the saffron party at the Centre, the Mamata Banerjee-led Trinamool Congress is looking to oust Prime Minister Narendra Modi in the 2024 General elections. The TMC boss, backed by other Opposition parties had decided to create a united fold to overthrow the BJP government. However, Congress' role in the anti-BJP front remains stalled given the differences within its party.

West Bengal Chief Minister's nephew Abhishek Banerjee recently announced that TMC will no longer be limited to the state and is politically ready to take on the BJP at the pan-India level.

Speaking on the Trinamool Congress' plan to foray into BJP-ruled states, he said, "We have started working in Tripura recently. We are expanding our presence in Assam and other states. In the coming days, the TMC is going to Goa too. Be ready (BJP). We are ready to take our political battles outside Bengal."