Congress Slams Centre Over Coal Crisis; 'will Sell Electricity In 'Rs/unit' Like Petrol'

Taking a swipe at the Centre over the looming coal crisis in India, the Congress said that consumers will have to buy electricity like water, petrol in Rs/unit. 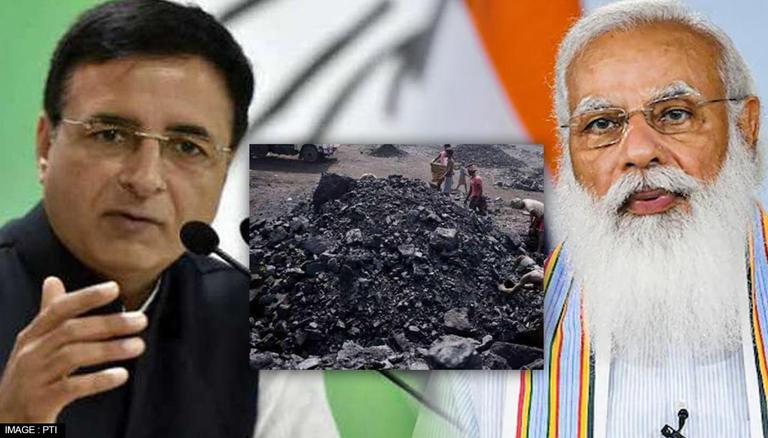 
Taking a swipe at the Centre over the looming coal crisis in India, Congress spokesperson Randeep Singh Surjewla said that consumers will have to buy electricity like water, petrol, diesel in Rupees/unit due to shortage of coal.

"Coal out! Those who indulged in coal scams are now preparing for the dark night. Electricity will have to be bought like water, petrol, diesel. We will have to pay for the number of hours we need electricity. Sir has made this possible for his friends," Congress spokesperson Randeep Singh Surjewala tweeted on Sunday, targetting Prime Minister Modi and leading power supply companies.

''After petrol and diesel, the cost of electricity will make holes in peoples' pockets, owing to the 'severe shortage' in the supply of coal,'' he added. Surjewala went on to say that after the amendment of the National Electricity Policy, "Sir (PM Modi) and his friends will sell electricity for Rs./unit."

India Staring at power crisis due to coal shortage

Currently, an energy crisis is looming in some states, including Delhi and Punjab, due to a combination of factors such as excess rainfall hitting coal movement and imported coal-based power plants generating less than half of their capacity due to record-high rates.

Power producers and distributors have warned of blackouts as generation units are running coal as low as it would last two days. Earlier, Delhi Chief Minister Arvind Kejriwal and Andhra Pradesh CM YS Jagan Mohan Reddy sought urgent intervention of PM Modi in matters pertaining to the developing energy crisis. However, the Coal Ministry has said the country has adequate coal stocks and low inventory doesn't mean generation will stop as stock is being continuously replenished.

Earlier on Sunday, Union Power Minister RK Singh also dismissed reports and of the shortage of coal in the country. Unlike the situation in China, India has a sufficient amount of coal to fulfil the increasing demand as well, he said.