Following “Chintan Shivir” in Rajasthan, Congress has decided to hold two-day state-level 'shivirs' to discuss the decisions of the "Udaipur Declaration". 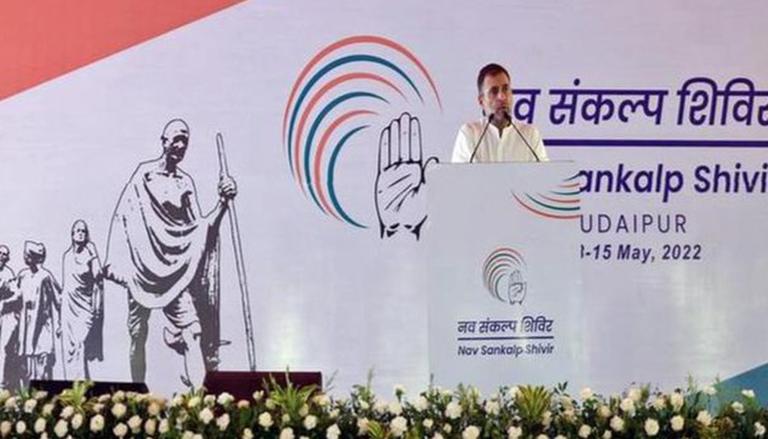 
After three days of intense brainstorming during the “Chintan Shivir” session in Rajasthan, Congress has now decided to hold two-day state-level 'Shivirs' to discuss the future roadmap and decisions undertaken during the "Udaipur Declaration". The grand old party's MPs, MLAs, prospective candidates, District Congress Committee (DCC) presidents, Pradesh Congress Committee (PCC) office-bearers, and prominent leaders of the party are directed to attend a two-day workshop held by General Secretaries and Incharges on June 1 and 2.

AICC general secretary and chief spokesperson Randeep Surjewala stated, "On June 1 and 2, General Secretaries and Incharges will hold two-day workshop which will be attended by our MPs, MLAs, MP and MLA candidates, District Congress Committee presidents, Pradesh Congress Committee office-bearers, and prominent leaders of the party. In two-day 'shivirs', points and the way ahead taken from the Udaipur Declaration will be discussed".

He further added that a similar one-day Shivir will be held on June 11, as a follow-up exercise at the district Congress committees.

In a letter to General Secretaries and Incharges in states, Congress general secretary KC Venugopal has directed them to organize a two-day state-level workshop on June 1 and 2.

"All the AICC General Secretaries and Incharges are requested to spend their full two days in the State Level Workshop. Agenda for the state and the district level workshops shall be communicated shortly," Venugopal stated.

It is further mentioned that between June 11 to 14, a one-day district-level workshop will also be conducted to discuss and plan the execution of the Udaipur Nav Sankalp Declaration at the district and lower levels.

The letter also stated that starting on August 9 this year, a 75 km long padayatra will be taken up by every DCC.

While on August 15, a state-level massive program will be held by the grand old party at the Congress state headquarters to culminate the 75th Anniversary of India's Independence.

Furthermore, a Political Affairs Committee will be constituted at the state level which would meet once every month.

It is further learned that Congress will launch a nationwide yatra "Kanyakumari to Kashmir Bharat Jodo", at the end of Chintan Shivir, as a part of the party's outreach program. This yatra is set to commence on October 2.

Following three days of brainstorming at the Nav Sankalp Chintan Shivir to be battle-ready for the next round of assembly polls and the 2024 Lok Sabha election, Congress adopted three broad themes - connect with the people; agitate on the streets, and usher in organisational reforms.

The three big messages that emerged from the Congress’s “Chintan Shivir” include it is firm on its approach to engaging with the Hindu religion to counter the BJP’s Hindutva push; it seems to be preparing the ground for Rahul Gandhi’s come back; and its commitment to winning the trust of Dalits, Adivasis, and minorities.