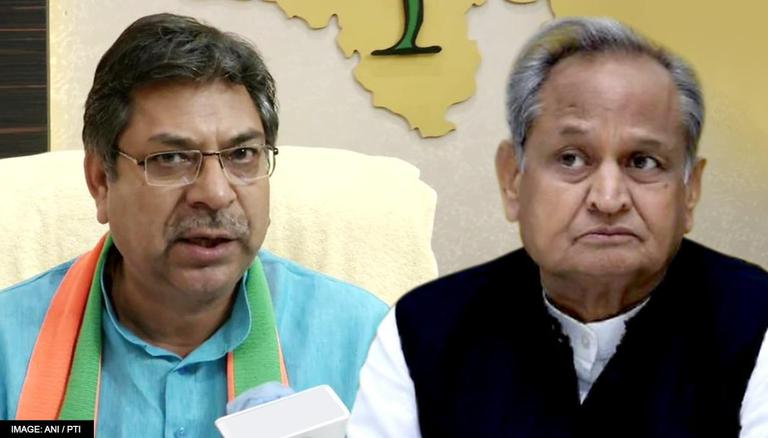 After Congress hit the ground in Punjab and Chattisgarh, all eyes were set on Rajasthan since Ashok Gehlot & Sachin Pilot also faced serious contention last year. Denying any change in the cabinet, Rajasthan CM Ashok Gehlot on Saturday said his government would complete its tenure of five years.

Lashing out at the Chief Minister, Poonia taunted him on the ongoing infighting in Congress while speaking with PTI. Satish Poonia said, "While his party wants Gehlot to have a long and healthy life, it is certain that Congress will fall sick due to him."

The BJP leader attacked Gehlot for undermining the split in the party and said that the future of Congress in the 2023 assembly elections fought under Gehlot will be dark. He said to PTI, "If the Congress contests the next assembly polls under Gehlot's leadership, then the number of its MLAs in the state assembly will perhaps be as small as that of passengers in a tempo."

Poonia further added that the Congress' tally in the previous assembly elections under Gehlot's leadership already went down to 56 and 21.

There is no anti-incumbency, I am going nowhere for 15-20 years: Ashok Gehlot

Earlier on Saturday, Ashok Gehlot dismissed the rumours on speculations of change in the government after Punjab and Chattisgarh. The speculations were rife as CM Gehlot and Deputy CM Sachin Pilot have long been involved in a tussle for power. Gehlot had asserted confidence in his present government and asserted that they will complete the tenure.

Moreover, he exclaimed that Congress will retain power in Rajasthan in the next elections. He further stated that he was 'going nowhere at least for the next 15-20 years', further reflecting his ambition to chair a fourth term as the CM of Rajasthan.

The Rajasthan CM while claiming these facts, attested that the ground level feedback from the citizens of Rajasthan indicated 'no anti-incumbency in Rajasthan. Speaking on that, CM Gehlot added,"This is what people are saying. We have not left any stone unturned in doing the work but (we) don't know what will happen next, but the mood of the public is of making us come back."