Responding to allegations of TMC amid the second phase of West Bengal assembly elections, CRPF in its defence has refuted all allegations calling them baseless. 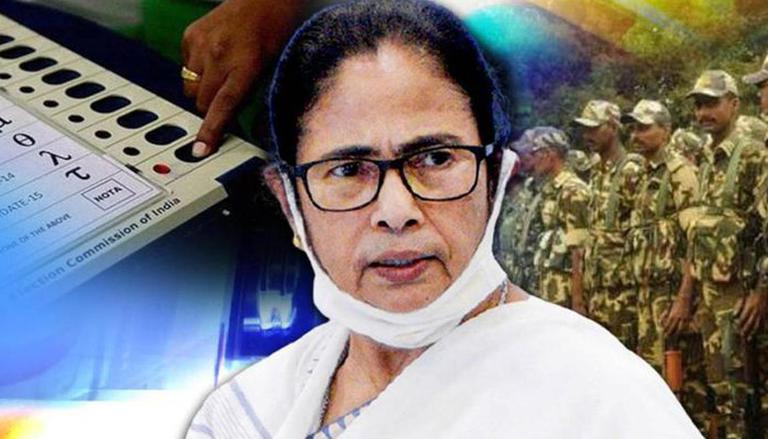 
Responding to the allegations of Trinamool Congress (TMC) amid the second phase of West Bengal assembly elections, CRPF in its defence has refuted all the allegations calling them baseless. Earlier in the day, as the polling was underway, TMC accused the CRPF jawans of beating the polling agents and threatening the voters. The ruling party also alleged collusion between the CRPF and BJP over the West Bengal elections and has also lodged a complaint before the Election Commission against the CRPF Jawans. The ruling party has come up with a long list of issues against the CRPF while lodging its complaint to the Election Commission.

"All allegations are baseless. CRPF is a great force and has a clean history to play a fair and clean role in performing its duty. Its integrity is beyond doubt," CRPF said in its response.

April 1 is an important day in the West Bengal elections as polling is underway in the epicentre of the state election - 'Nandigram', where the heavyweights Suvendu Adhikari of BJP and Chief Minister Mamata Banerjee are in a faceoff, making the elections murkier by the day with the incidents of accusations against each other and political mudslinging. As the day polling day on April 1 unfolded, Mamata Banerjee also lodged an FIR with allegations of poll rigging.

PM Modi during his address in Jaynagar, West Bengal launched a scathing attack on Mamata Banerjee claiming that the chief minister is struggling to retain her ground after she witnessed the mood of the people in phase-1 of the elections. PM Modi also made mention of Mamata Banerjee writing to all the non-BJP ruled states and leaders to combine forces against BJP.

30 seats are in the fray in phase-2 of the state polls with 191 candidates contesting the elections including 19 women candidates. Considering the history of political violence in West Bengal, 651 companies of Central forces have been deployed for security, 22 companies in Nandigram, with 75 lakh voters casting their votes in 10,620 booths in phase-2. The voting which began at 7 AM will continue till 6 PM. The remaining phases of the eight-phase election are scheduled on  April 6, April 10, April 17, April 22, April 26, and April 29 with results to be announced on May 2. The state has witnessed increasing political violence with attacks and killings of political workers from both parties - BJP and TMC.