The CBI court has reserved the order on Satyendar Jain's bail till June 18 after hearing the argument of ED and defense counsel in the case. 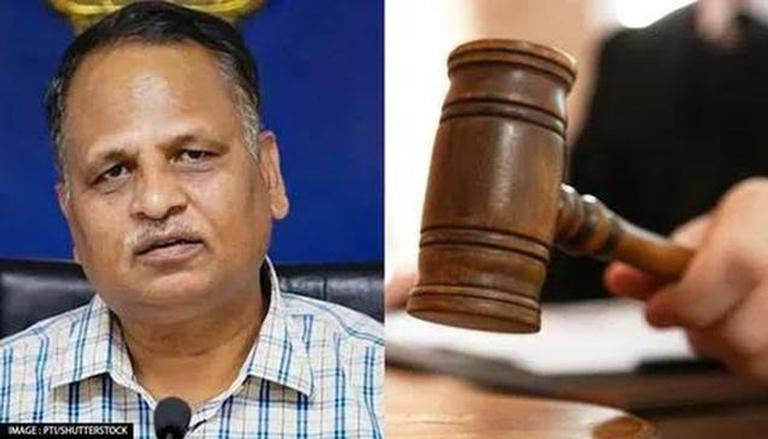 
In a key development, the Rouse Avenue Court on Tuesday reserved the judgment on the bail application of Delhi Minister Satyendar Jain in the disproportionate assets and money laundering case. The CBI court has reserved the order till June 18 after hearing the argument of ED and defense counsel in the case.

On Monday, Delhi Health Minister Satyendar Jain was sent to 14-days of judicial custody in Tihar jail till June 27 in connection with the case. The Enforcement Directorate (ED) filed an application in the court citing that Hawala operators under probe in relation to the case have alleged a threat to their lives, and alleged that Jain might influence the witnesses and try to tamper with the pieces of the evidence.

Republic TV has accessed the remand copy for Satyendar Jain in which the Judge writes, "It is stated that the Judicial custody is sought as two Kolkata-based Hawala Operators Jivendra Mishra and Rajender Bansal, who provided accommodation entries in the companies of the accused (Satyendar Jain) had cited threat to life and personal liberty from the accused and there was a possibility of the accused influencing the witnesses and causing threat to their life".

Various incriminating digital evidence and records/documents had been recovered by ED during search operations conducted at 8 premises and the relevant persons are required to be confronted with the same for the purposes of investigation, the remand copy said.

"It is submitted that the accused is likely to tamper with the evidence and influence the witnesses as some facts are in his personal knowledge and the ED is ill tracing the money trail," it added.

On May 30, Satyendar Jain was arrested by the Enforcement Directorate in connection with a Prevention of Money Laundering Act (PMLA) case. Following that, he was sent to ED custody till June 13. The CBI had accused him of acquiring assets disproportionate to his known sources of income from 14 February 2015, to 31 May 2017.

According to the ED, companies beneficially owned and controlled by him received accommodation entries to the tune of Rs.4.81 crore from shell companies against cash transferred to Kolkata-based entry operators. Moreover, these funds were purportedly utilized for the direct purchase of land or for the repayment of loans taken for the purchase of agricultural land in and around Delhi.