Citing untimely communications of Delhi Cabinet notes, proposals and other official papers, the lieutenant governor's office has written to the chief secretary for compliance of the Transaction of Business Rules 1993 and provide the relevant information two days in advance, LG office sources said on Friday. 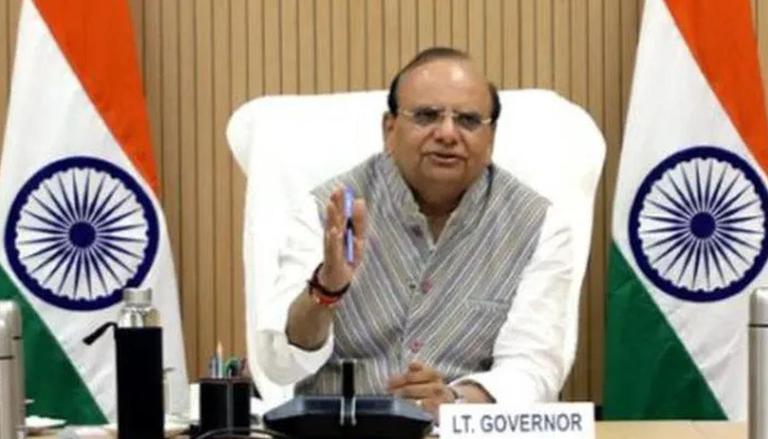 
Citing untimely communications of Delhi Cabinet notes, proposals and other official papers, the lieutenant governor's office has written to the chief secretary for compliance of the Transaction of Business Rules 1993 and provide the relevant information two days in advance, LG office sources said on Friday.

Delhi government sources said the Arvind Kejriwal dispensation would not engage in a fight with the lieutenant governor and "wishes to concentrate on public welfare".

"LG is acting like a primary school headmaster. He is always fighting, finding petty faults. We do not wish to fight with him. Govt wishes to concentrate on public welfare," one of the government sources said.

According to the sources in the LG office, out of the 234 proposals considered by the Arvind Kejriwal government in its meetings from April 2020 to July 15 this year, 79 proposals were received in the LG Secretariat one day before the scheduled Cabinet meeting, 63 on the day of the meeting and 40 were received after the meeting.

"It is clear that the compliance of the Transaction of Business of the Government of National Capital Territory of Delhi Rules, 1993 (ToBR) was followed only in 22 per cent of the cases, while in 78 per cent instances it was violated without any justification," one of the source claimed.

According to the rules, a copy of the memoranda, proposals and Cabinet notes to be considered by the Cabinet need to be made available to the LG Secretariat at least two days before the scheduled date of its meeting.

"The LG Secretariat has written to the chief secretary, who is also secretary to the Cabinet, to look into the issue and ensure adherence to laid down statutory provisions of the ToBR, both in letter and spirit," the LG office source said.

A copy of the note has been sent to the secretary to the chief minster as well, they said.

"The note observes that a significant number of such memoranda, proposals, Cabinet notes are received just prior to the scheduled meeting of the Cabinet or even after conclusion of such meetings, without recording any reason for such transgression of the ToBR," the source said.

There were also many instances where such proposals and Cabinet notes were placed before the Cabinet directly and a copy of the same was not provided to LG Secretariat at all.

The LG office note pointed that the two-day period can be curtailed by the chief minister "in case of urgency". However in none of the cases cited by it, any reason was provided for curtailment of the two-day statutory period, the sources stated.

They further said that during the April 2020-July 2022 period, 102 proposals out of 274 were considered and approved by the Council of Ministers either as tabled agenda or through circulation among the ministers "without effective deliberations" that should have been done "sparingly".

The LG office has noted with "concern" that such non-compliance of ToBR, prima facie, results in grant of little or no time for the study of proposals required for effective deliberations during the meeting of the Cabinet. It also results in insufficient time for the LG office to form an opinion, if any, they added.