Even as the investigation into the Delhi liquor scam continues, BJP IT cell head Amit Malviya levelled a fresh charge against KCR's daughter K Kavitha. 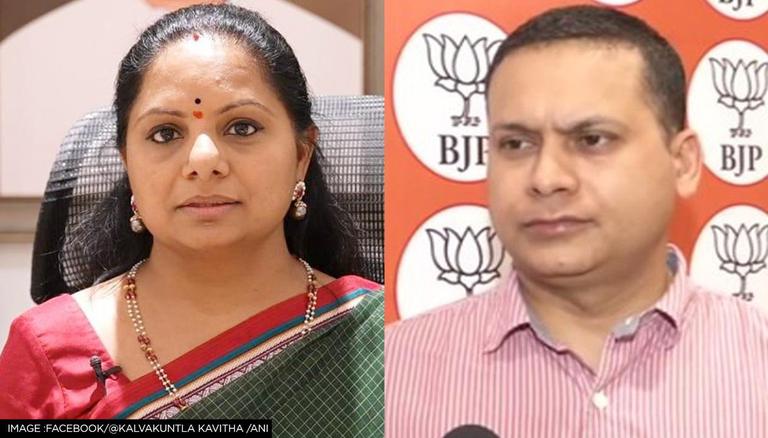 
Even as the investigation into the Delhi liquor scam continues, BJP IT cell head Amit Malviya levelled a fresh charge against Telangana CM K Chandrashekar Rao's daughter K Kavitha. Referring to a news report, he alleged that Arun Ramchandra Pillai who is an accused in the aforesaid case and Abhishek Rao are "close friends" of Kavitha. The residences of Pillai and Rao were raided by the ED in connection with the Delhi liquor scam on Tuesday. To buttress his point, Malviya highlighted that they were spotted together while visiting Tirupati on February 17, which is KCR's birthday.

BJP leaders in soup over allegations

On August 21, BJP Lok Sabha MP Parvesh Verma alleged that K Kavitha acted as an intermediary between the liquor mafia and the AAP government. He was quoted as saying by PTI, “Telangana CM K Chandrashekar Rao’s family members attended meetings on the formulation of the Delhi excise policy at a hotel. KCR’s family members got same the policy implemented in Punjab. They prepared a plan for Delhi along with Manish Sisodia and Arvind Kejriwal". Even SAD-turned-BJP leader Manjinder Singh Sirsa made a similar allegation.

Refuting this charge a day later, the TRS leader claimed that BJP was seeking to malign her family's reputation owing to KCR's criticism of the Union government's policies. Addressing the media, she stressed that such allegations won't deter the TRS top brass from voicing the concerns of the people. On this occasion, Kavitha announced that she will file a defamation case against Parvesh Verma and Manjinder Singh Sirsa.

"We are a family of fighters. We fought for Telangana, we were on the streets. We were with the people. We never go back in a fight. Today, if you want to put us down by throwing us some baseless allegations against us, they are going to remain baseless. Nothing is going to come out of it," Kavitha added, warning BJP that it is "messing with the wrong people". On August 24, the Hyderabad City Civil court directed Verma and Sirsa to not make any defamatory statements against her. Besides seeking an injunction order, she also demanded an unconditional apology from them. The case will come up for hearing on September 13.