The stage is set for the Rajinder Nagar bypoll in Delhi on Thursday, largely being seen as a battle between a confident AAP and a spirited BJP for the crucial Assembly constituency where water shortage and the city government's liquor policy are among the key election issues. 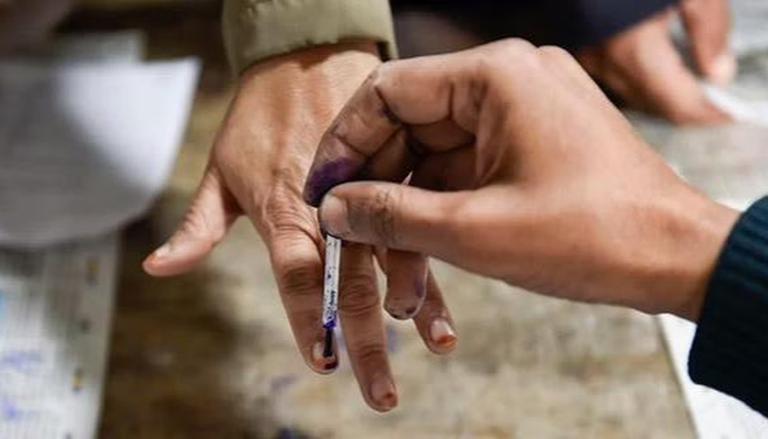 
The stage is set for the Rajinder Nagar bypoll in Delhi on Thursday, largely being seen as a battle between a confident AAP and a spirited BJP for the crucial Assembly constituency where water shortage and the city government's liquor policy are among the key election issues.

A total of 1,64,698 voters are eligible to exercise their franchise in the bypoll, in which 14 candidates are in the fray. In addition to the Aam Aadmi Party (AAP), Bharatiya Janata Party (BJP) and Congress candidates, there are three others from unrecognised parties and eight Independent nominees.

The campaigning for the bypoll ended on Tuesday evening. The AAP and the BJP reached out to the voters through roadshows and door-to-door campaigns and claimed victory ahead of voting on June 23.

From setting up specialised polling stations, including an all-women one, to deployment of security personnel and running awareness campaigns, the Delhi CEO office has made all preparations to ensure that the bypoll is held in an inclusive, accessible and fair manner.

Six companies of CAPF (Central Armed Police Forces) personnel have been deployed for the bypoll and 1,000 poll personnel will be on duty on Thursday, officials said.

On the eve of the bypoll, Delhi Chief Electoral Officer (CEO) Ranbir Singh appealed to the voters to cast their votes on polling day. He also urged them to set an example before the country by "registering the highest-ever voter turnout in the constituency".

Selfie kiosks have been set up at the polling booths. Voters can take selfies and post those on social media to encourage others to come out and exercise their franchise, the CEO's office said in a statement.

Singh had visited the office of the returning officer (RO) of the constituency on Tuesday to take stock of the preparations for the bypoll.

The CEO also emphasised that all related measures to contain COVID-19 such as use of face masks, gloves, thermal scanners and social-distancing markings have to be implemented properly.

Preparations were underway on Tuesday evening for 100 per cent webcasting of the poll proceedings in view of the Covid pandemic.

A model polling station has been set up at the Indian Agricultural Research Institute (IARI) in Pusa. It is an eco-friendly polling station with all green material being used.

A critical polling booth is located at Dasghara and an all-women polling station has been set up at the DI Khan Bharti Sabha Senior Secondary School in New Rajinder Nagar. This polling station will have only women polling personnel and the security personnel will also be women, advocating women empowerment and inclusiveness, a senior official said.

Singh on Tuesday had also visited a polling station at the Nigam Pratibha Vidyalaya in R-Block, New Rajinder Nagar, where the staff are differently-abled, and appreciated the well-maintained facility.

The AAP claimed on Tuesday that it will record a "historic victory" in the bypoll and inflict a crushing defeat on the BJP.

Delhi BJP chief Adesh Gupta on Tuesday said, "My experience from two weeks of extensive campaigning is that people are fed up with the neglect of Rajinder Nagar by the last two AAP MLAs and have made up their mind to vote for the BJP." According to the residents of the area, the AAP government's liquor policy and water shortage are among the main issues in the bypoll, which was necessitated as AAP's Raghav Chadha vacated the Rajinder Nagar Assembly seat after being elected to the Rajya Sabha from Punjab.

Both the AAP and the BJP have exuded confidence that their candidates will emerge victorious in the bypoll with a huge margin.

In the posters put up by the two parties, the AAP's slogan is "Kejriwal ki sarkar, Kejriwal ka vidhayak", while the saffron party has been highlighting that its nominee Rajesh Bhatia, being a local resident, can serve the people of the area better and has coined the slogan "sthaniya voter ko chahiye sthaniya vidhayak" (the locals want a local MLA).

Bhatia has reiterated his resolve to serve the people of the area and make the constituency the best in Delhi within a year.

The CEO's office has been monitoring poll code violations and making all preparations to ensure that the bypoll is inclusive, accessible and fair, Singh had said earlier.

The number of eligible voters in Rajinder Nagar has gone down as compared to the 2020 Assembly polls as death and migration have been factored in.

A total of 190 polling stations, including 13 auxiliary ones, have been set up at 21 locations, equipped with all necessary facilities and amenities for differently-abled people too such as ramps and drinking water, besides creches for mothers if they come to vote with their children.