Devendra Fadnavis has requested CM Uddhav Thackeray to look into the areas worst-hit by floods and landslides as many people have died and many left homeless. 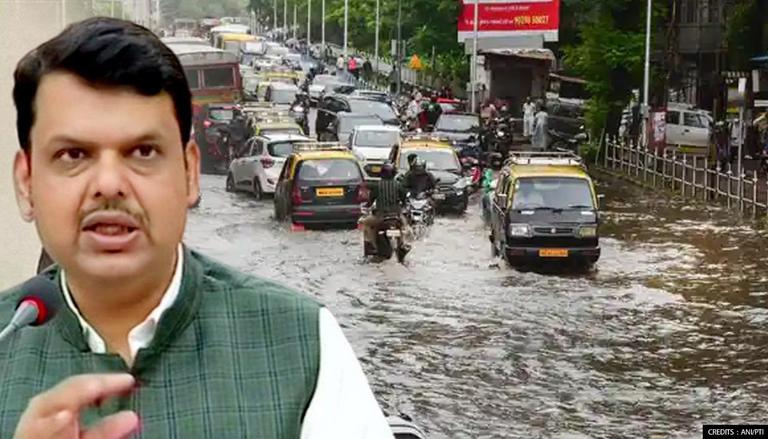 
Speaking on the impact of incessant rains in Maharashtra, the Former Maharashtra Chief Minister, Devendra Fadnavis, has said that as many parts of Konkan including Chiplun are suffering due to rains and floods, there is a shortage of drinking water and food. He informed that the Leader of Opposition in the Legislative Council Praveen Darekar and Former Minister Girish Mahajan and others will be visiting the flood-hit area to provide drinking water and ready-made food packets.

Concerning the difficulties of people due to heavy rains in Maharastra, Devendra Fadnavis said, that he has discussed this issue with Chief Minister Uddhav Thackeray and has requested him to immediately pay attention to the same. As per the former CM, Uddhav Thackeray has informed that the government would make it available immediately and said, "We will have the full support of the government".

Referring to landslide accidents that occurred due to heavy rains, Devendra Fadnavis, said, "There have been incidents of landslides in some places. I pay my respects to those who lost their lives in this. We are all with these families. He prays for the speedy recovery of the injured".

According to Brihanmumbai Municipal Corporation (BMC), on July 18, 31 people were killed in Mumbai in rain-related incidents.

On Thursday, July 22, Maharashtra Chief Minister Uddhav Thackeray held a meeting with the officials taking a stock of the flooding in the Ratnagiri and Raigad districts. Thackeray had asked the Disaster Management Units to immediately proceed with the rescue operation and stay vigilant. He has also advised people who are living near the rivers to take the proper protocols as the water level in the rivers is constantly rising.

Update on the ongoing Rescue & Relief operations in flood-affected areas of Maharashtra;

Units of the Indian Navy & the Indian Army have joined the rescue & relief efforts in Ratnagiri & Raigad districts.

The India Meteorological Department (IMD) has issued red and orange alerts for several regions in the state, that are set to receive heavy rainfall in the next two days. Marathwada is also likely to receive widespread rainfall in the coming days.