In the wake of the ED issuing a lookout notice against ex-Maharashtra Home Minister Anil Deshmukh, BJP called upon him to appear before the central agency. 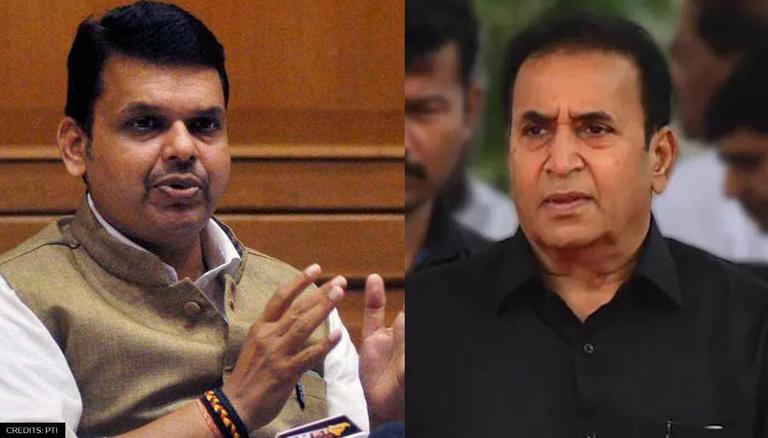 
In the wake of the ED issuing a lookout notice against ex-Maharashtra Home Minister Anil Deshmukh, BJP urged him to appear before the central agency. This action was taken after the NCP leader skipped ED summons 5 times in a row citing health reasons and pending legal remedies. On August 16, the Supreme Court bench comprising Justices AM Khanwilkar, Krishna Murari, and V Ramasubramanian had declined to grant him protection from any coercive action in the money laundering case registered by the ED.

Addressing the media on Monday, ex-Maharashtra CM Devendra Fadnavis remarked, "The matter has gone to the High Court and Supreme Court. As per the law, it will be proper for him to join the investigation. I feel that he should take this decision."

The ED has already conducted multiple raids at premises linked with Deshmukh in Mumbai and Nagpur. Moreover, it has provisionally attached immovable assets worth Rs.4.2 crore belonging to him and his family members under the Prevention of Money Laundering Act. On his part, the former state Home Minister has agreed to cooperate with the probe only after he exhausts all legal remedies.

The controversy came to the fore on February 20 when ex-Mumbai Police Commissioner Param Bir Singh levelled serious 'extortion' charges against Anil Deshmukh. In a letter addressed to Maharashtra CM Uddhav Thackeray, Singh refuted Deshmukh's remarks that his transfer was due to serious lapses in the Antilia bomb scare case. Moreover, he alleged that the NCP leader had asked Sachin Vaze to extort Rs.100 crore per month from 1750 bars, restaurants, and other establishments in Mumbai.

After the HC directed the CBI to carry out a preliminary enquiry into these allegations, Deshmukh resigned as the Home Minister was replaced by Dilip Walse Patil. On April 21, the CBI registered an FIR against the NCP leader and unknown individuals under Section 7 of the Prevention of Corruption Act and Section 120 B of the IPC. According to the FIR, the former Maharashtra Home Minister was aware that dismissed Assistant Police Inspector Sachin Vaze was entrusted with most of the sensational and important cases of Mumbai.

It accused him and others of exercising undue influence over the transfer and posting of officials. Subsequently, the ED filed an ECIR against Anil Deshmukh on May 11 under the Prevention of Money Laundering Act for allegedly obtaining illegal gratification which was based on the corruption case registered by the CBI. On June 26, it arrested the NCP leader's personal secretary Sanjeev Palande and personal assistant Kundan Shinde who were remanded to custody.