Even as Lok Sabha and Rajya Sabha cleared the election bill on Tuesday, Congress' Digvijaya Singh claimed that the Centre wanted to influence the voter list. 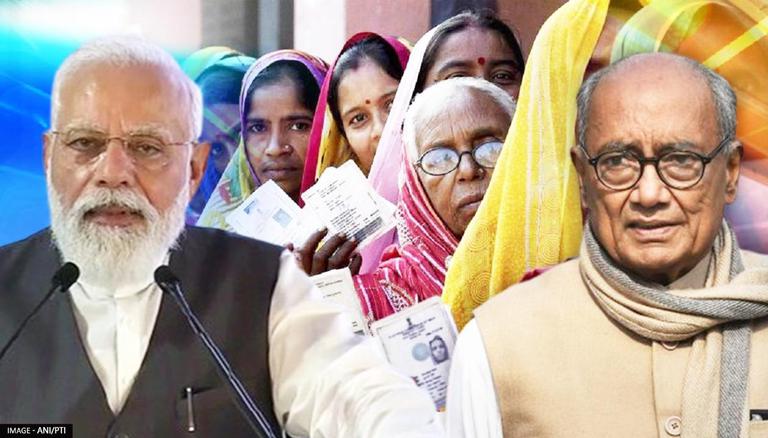 
Even as Lok Sabha and Rajya Sabha passed the Election Laws (Amendment) Bill, Congress MP Digvijaya Singh claimed that the Centre wanted to influence the voter list. The opposition has been up in arms over a provision in this bill that stipulates the linking of Aadhaar with the Voter ID. Speaking to the media on Tuesday, Singh contended that the Union government was committing the same mistake akin to the farm laws passage by not taking the stakeholders into confidence. Hitting out at the hasty passage of this bill, the senior Congress leader compared PM Modi to authoritarian leaders like Xi Jinping and Vladimir Putin.

Congress' Digvijaya Singh remarked, "The protection of the voter is necessary. It is necessary to seek the opinion of the stakeholders while framing any law. In every good democracy, no law should be formulated without interacting with the stakeholders. They are making the same mistake that they did in the case of the farm laws. No political party would have had an objection had they referred this bill to a Select Committee."

"The ruling party will get all data. There should be information on whose name is being struck off the electoral rolls. There should be a provision in the law that a person should get a notice before his name is struck off the electoral roll. It is not there. The rights of the voters are getting violated and so, we had suggested that it should be referred to the Select Committee. We would have supported it ourselves. But their intention is to influence the voter list, strike off the names of Congress and anti-BJP voters. That's why we are opposing it," he added.

What is the amended election bill?

Cleared by the Union Cabinet on December 15, this bill amended the Representation of the People Act, 1950 and the Representation of the People Act, 1951. For instance, Section 23 of the 1950 Act has been amended to empower the Electoral Registration Officer to ask voters to furnish their Aadhaar number to curb the menace of the same individual being enrolled as a voter in more than one constituency. While the Election Commission of India had taken up the linking of Voter ID with Aadhaar in 2015 itself, it aborted the exercise after the Supreme Court restricted the use of the Aadhaar.

The bill clarified that no application for inclusion of name in the electoral roll shall be denied and no entries in the electoral roll shall be deleted for the inability of an individual to furnish the Aadhaar number as long as he submits an alternate document. Moreover, it replaced the term 'wife' with 'spouse' in Section 60 of the 1951 Act to enable a woman Army Officer's husband to register as a service voter. The bill also amended Section 14 of the 1950 Act to stipulate April 1, July 1 and October 1 apart from January 1 as qualifying dates for young persons to register as voters.

READ | Lok Sabha MP Danish Ali, who was in Parliament till Dec 20, tests positive for COVID

As only an individual who has turned 18 as of January 1 of the year in which the election was eligible to enroll in the voter's list, this deprived several persons of a chance to take part in the electoral exercise. Additionally, Section 160 of the 1951 Act has been altered to enable the ECI to requisition any premises needed for the purpose of polling stations, counting, storage of ballot boxes, voting machines and poll-related material, accommodation for security forces and polling personnel. This bill was passed by both Houses of Parliament by a voice vote.