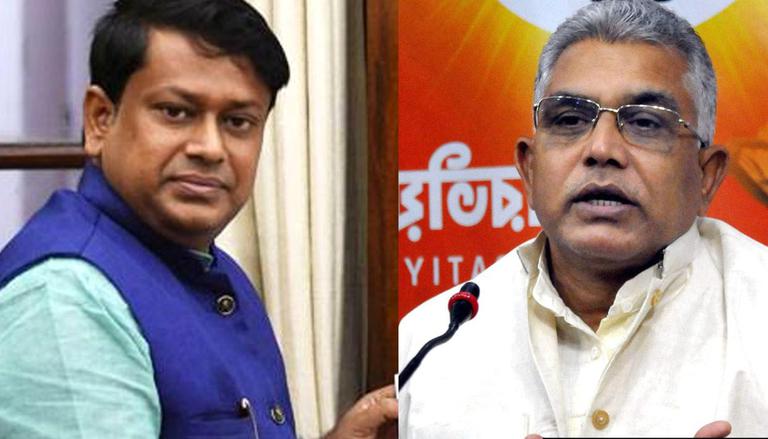 
In a significant development in West Bengal politics, BJP has appointed MP Sukanta Majumdar as the West Bengal BJP President replacing Dilip Ghosh. According to PTI, BJP National President JP Nadda announced that MP Sukanta Majumdar has been appointed as the West Bengal unit president, while Dilip Ghosh has been made the national vice-president of the party. Moreover, former Governor of Uttarakhand, Baby Rani Maurya has also been made the national vice president of the BJP.

Baby Rani Maurya has been appointed as the national vice president of BJP. She had resigned as the Governor of Uttarakhand earlier this month.

Sukanta Majumdar, who has been elevated as the BJP President for West Bengal, was elected to the Lok Sabha from the Balurghat constituency of West Bengal in the 2019 Lok Sabha elections. This development has come just days ahead of the Bhabanipur by-polls in which BJP has fielded advocate Priyanka Tibrewal against Trinamool Congress Supremo and West Bengal CM Mamata Banerjee. Sukanta Majumdar will have the Bhabanipur bypoll as the first big task upon taking over as the new President of West Bengal BJP.

The BJP and Trinamool Congress are major competitors in the upcoming Bhabanipur bypolls as Congress has decided not to field any candidate. Following the filing of nomination papers by the party candidates including Mamata Banerjee, several reports of clashes between the two parties have surfaced. The high-octane Bhabanipur byelection will see a David vs Goliath contest between Priyanka Tibrewal and Mamata Banerjee.

Apart from being a lawyer, Priyanka Tibrewal is also the vice president of the state unit of Bharatiya Janata Yuva Morcha (BJYM). She had unsuccessfully contested from Entally in the recent Assembly Election. However, she pursued the cases of post-poll violence against the Mamata Banerjee government in the Calcutta High Court. Tibrewal became one of the petitioners who moved the court and successfully managed to bring a decision in favour of the victims. The Calcutta HC passed a judgement to transfer all the cases of post-poll violence to CBI.