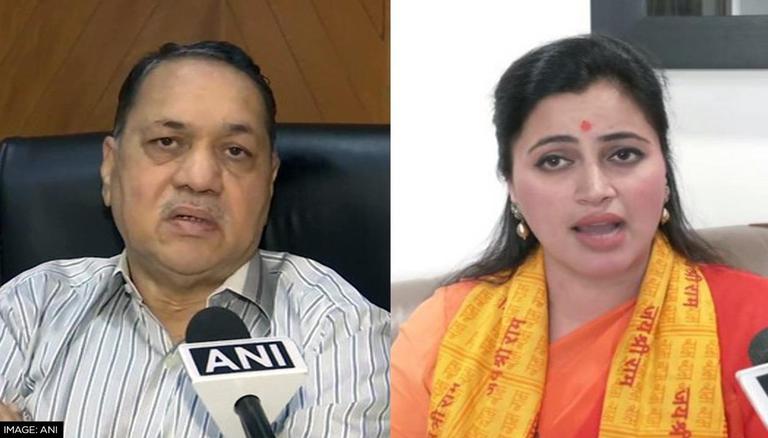 
In his first reaction to Navneet Rana's complaint that she was ill-treated in police custody, Maharashtra Home Minister Dilip Walse Patil cautioned against using one's caste or religion to create a certain atmosphere. Addressing a press briefing alongside his Cabinet colleague Aaditya Thackeray on Monday, Patil made it clear that anyone was free to recite Hanuman Chalisa. But he stressed that the Amravati MP and her husband MLA Ravi Rana were arrested for trying to trigger law and order problems in the state.

He added, "The police have registered offences as per what is permissible in the law. There is nothing wrong with that".

On being asked about Devendra Fadnavis alleging that Rana was mistreated at the police station because she belongs to a certain caste, Patil opined, "At least responsible leaders should not use caste or religion and create a certain atmosphere. This won't be correct. The police is doing its job".

When he was asked to specifically comment on Rana's letter to Lok Sabha Speaker Om Birla in this regard, he clarified, "I just got to know the information you gave me. I will inquire about this".

Navneet Rana and her husband were arrested by the Mumbai Police on April 23 for their plan to recite Hanuman Chalisa outside Maharashtra CM Uddhav Thackeray's 'Matoshree' residence. On Sunday, a court in Mumbai sent them to judicial custody for 14 days and agreed to hear their bail application on April 29. Earlier in the day, Republic TV accessed the Independent MP's letter to Birla in which she alleged that she was denied access to drinking water and not allowed to use the washroom on account of her belonging to the Scheduled Caste.

Moreover, Rana alleged that casteist abuse was hurled at her. Observing that she was robbed of her dignity on the night spent at the police station, the Amravati MP argued that the Uddhav Thackeray-led government wanted to signal that anyone who criticises it will have to face prolonged incarceration. At present, she is lodged in the Byculla Jail.