After the decisive defeat of Congress in the Karnataka by-polls, state Congress President Dinesh Gundu Rao has offered to resign from the post of the party president in Karnataka. Congress Legislative Party (CLP) chief and leader of opposition Siddaramaiah has also resigned from his post.

Addressing the media, Rao said, "I have the moral and ethical responsibility. I had a feeling yesterday (Sunday) that something would go wrong and I discussed this with the high command and other senior leaders. Since the party did not win, I have the moral responsibility to resign. I am resigning as the KPCC President and I have informed all the leaders. I will send my resignation letter to AICC President Sonia Gandhi.”

It’s been an honour for me to have served the party as ⁦@KPCCPresident⁩.

The election results have been disheartening but in a democracy the people’s court delivers the final verdict & that must be respected.

I will continue to serve ⁦@INCIndia⁩ as a loyal soldier. pic.twitter.com/XSr8LcvMBM 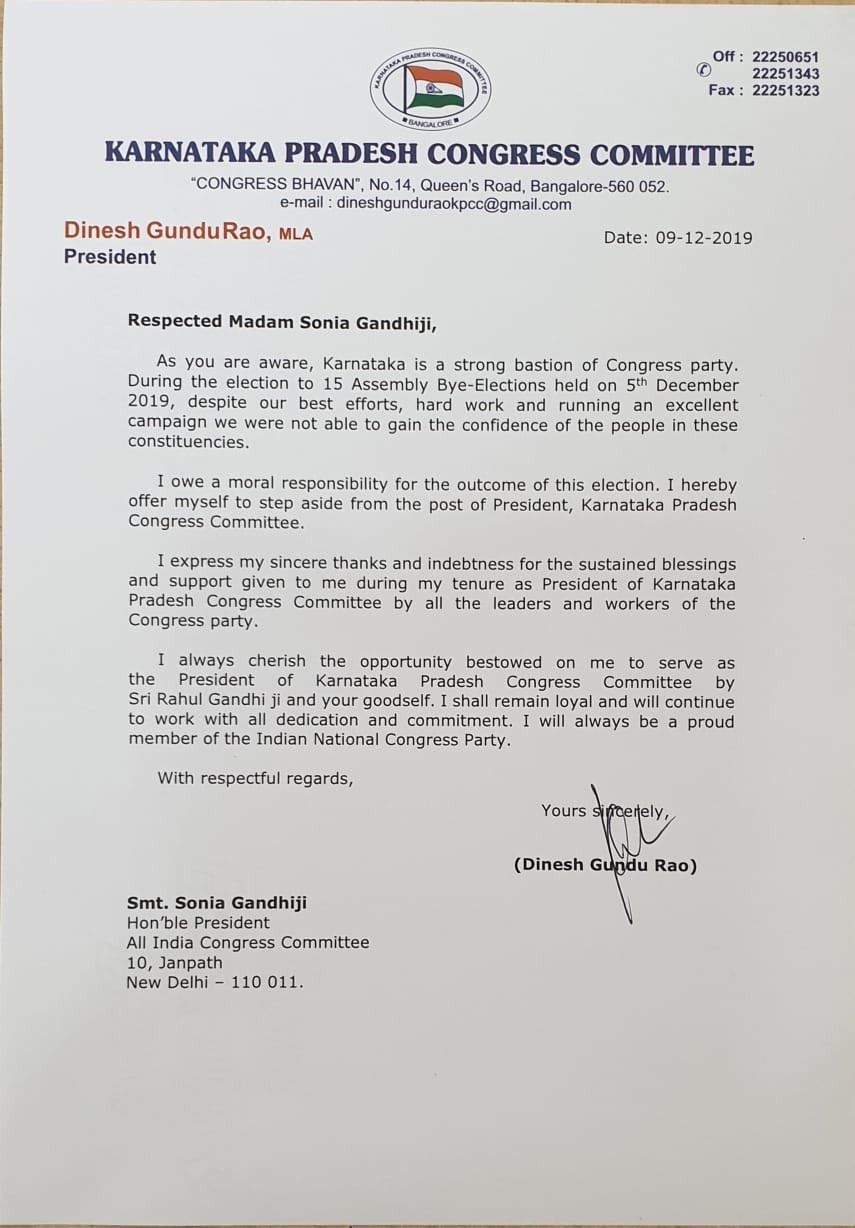 Fifteen constituencies had gone to polls on December 5, the vote count and result of which was announced today. Prior to the election results, Congress had hinted at a post-poll alliance with JD(S). However, BJP won with a clear majority.

BJP needed a minimum of six seats to stay afloat in Karnataka but managed to win 12 while Congress won only two seats and one went to an independent candidate.