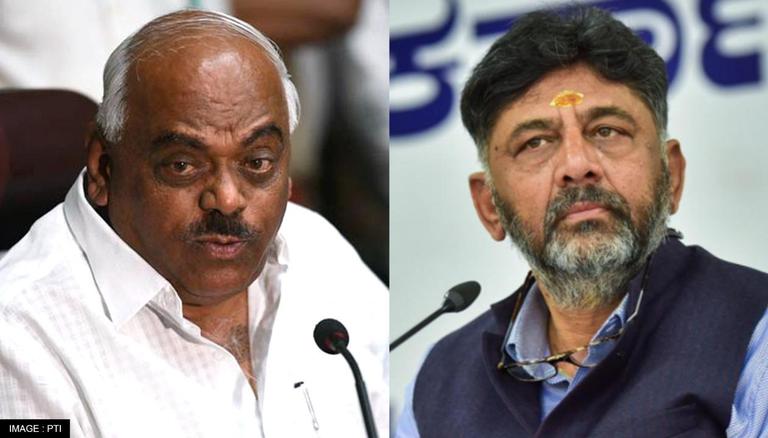 
Faced with criticism for Karnataka Congress leader KR Ramesh's 'have amassed enough wealth for 3-4 generations' statement, the party's state chief DK Shivakumar issued a clarification on Friday. Speaking to the media, Shivakumar said that Ramesh's statement has been 'misunderstood & misinterpreted'.

The Karnataka Congress chief highlighted how the party leader has only made very clear the contributions of the Gandhi family and even seconded him saying that Sonia Gandhi and Rahul Gandhi would have indeed become the Prime Minister but they 'sacrificed'.

Addressing the gathering of party workers gathered in Bengaluru, to protest the Enforcement Directorate summoning and questioning Sonia Gandhi in the National Heal case, Ramesh had said, "She lost her husband and mother-in-law. We must stand by her. In the past 60-odd years, we earned enough in the name of Nehru, Indira [Gandhi] and Sonia Gandhi to last the next 3-4 generations. If we don't stand by her now, there will be worms in our meals."

Sharing the video of the Congress leader, the BJP wrote, "Ramesh Kumar is not an ordinary person, can someone who has handled the constitutional post twice lie? Isn't it true that Congressmen sold the country by making illegal income for generations?"

READ | National Herald case: Sonia Gandhi summoned by ED for 2nd round of questioning on July 26

Sonia Gandhi's questioning on Thursday began at 12.30 p.m. The questioning lasted for over three hours, during which she was asked over a dozen questions after which she 'was asked to go home for medication', as she is still recuperating from the after-effects of COVID-19. The officials said that she has been summoned again on July 26.

Before Sonia, from June 13 to 21, Rahul Gandhi was quizzed by the ED for about 54 hours spread over five days, in the same case. Both Rahul and Sonia were questioned by the same assistant director-level investigation officer in the case related to alleged financial irregularities in the Congress-promoted Young Indian Private Limited, which owns National Herald.

Meanwhile, Congress held unruly protests across India under the name of 'satyagraha', over what they referred to as a political vendetta against its high command. As a part of the protest, the workers of the grand-old party stopped trains in the national capital, and burnt a car in Bengaluru and a bike in Hyderabad, among other incidents.