With the presiding officer and other MPs helping Kanimozhi, the leader stated that either these phrases should be in English or a regional language. 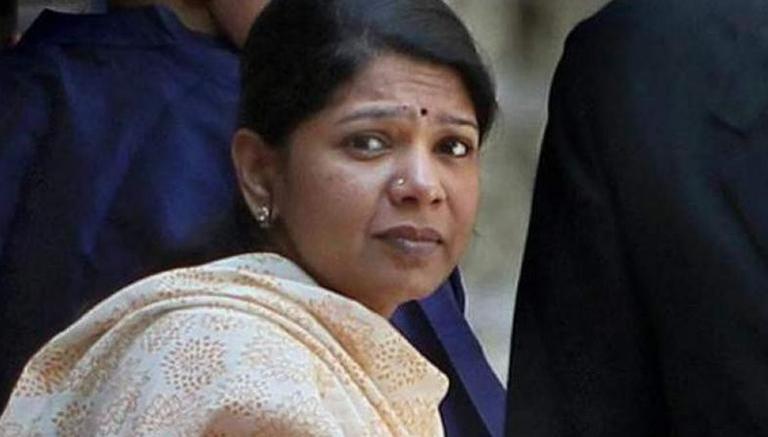 
DMK MP Kanimozhi Karunanidhi once again sparked the language debate after she struggled to pronounce the 'Aatmanirbhar Bharat' (self-reliant India) in the parliament. Addressing a discussion on climate change in the Lok Sabha on Friday, the MP from the Thoothukudi fumbled to pronounce the Hindi phrase, calling it 'very difficult'. With the presiding officer and other MPs helping Kanimozhi, the leader stated that either these phrases should be in English, or in a regional language that locals could pronounce.

"See that is the problem, you don't understand that we speak different languages, either it can be in English or you can have it in regional languages so all of us can say (pronounce) it," the MP from the Thoothukudi said.

"Okay, from now on I will only speak in Tamil, please tell me if you understand it." She added, "For that, you are asking us to take permission, no? That is the problem."

This is not the first time that Kanimozhi has called out the common use of the Hindi language in administration. Earlier she had opposed the 'imposition' of Hindi alleging that she was stopped at an airport where security officials asked her if 'she was an Indian'. Kanimozhi alleged that this was in response to her query asking the CISF officer to speak in English or Tamil. Kanimozhi raised the question - "From when does being Indian equal to knowing Hindi?".

In 2020, she had also been a part of the strong debate against Centre's National Education Policy (NEP) 2019 by South Indian politicians. According to the draft, the Central government proposed to introduce a three-language system in schools while addressing the media. Thoothukudi MP Kanimozhi had said that her party would oppose the Centre's attempt to 'thrust Hindi' onto the nation. "The DMK will oppose in Parliament if any language, not just Hindi, is thrust upon us," she said.

This year, the DMK leader had opposed the Centre's decision to have the inscription plaque of the RAF unit in Bhadravathi in Hindi and English. After Union Home Minister Amit Shah laid the foundation stone for the unit in Shivamogga, Kanimozhi opposed the absence of Tamil on the plaque saying that the Union Government should 'respect' the culture of a state.

The Union Govt should respect the culture and language of each state instead of pushing #Hindi . https://t.co/mHUWew8MSH