The Election Commission has proposed bringing down anonymous political donations from Rs 20,000 to Rs 2,000 and cap cash donations at 20 per cent. 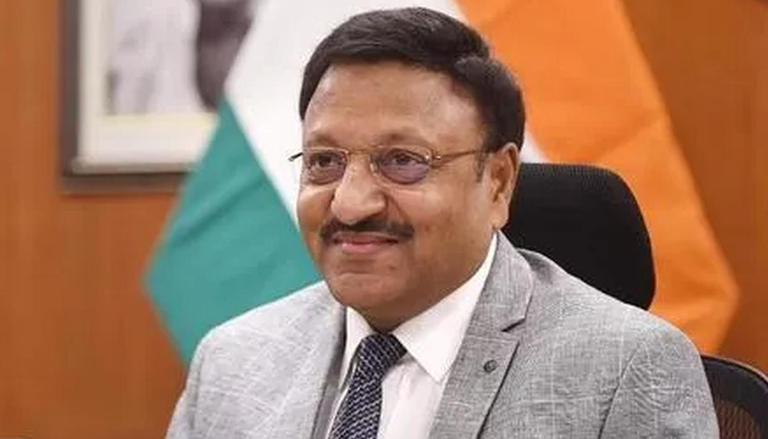 
New Delhi, Sep 19 (PTI) The Election Commission has proposed bringing down anonymous political donations from Rs 20,000 to Rs 2,000 and cap cash donations at 20 per cent or at a maximum of Rs 20 crore to cleanse election funding of black money, sources said on Monday.

Chief Election Commissioner (CEC) Rajiv Kumar has written a letter to Union Law Minister Kiren Rijiju recommending a slew of amendments in the Representation of the People (RP) Act, sources in the government said.

The proposals are aimed at ushering in reforms and transparency in donations received by political parties, and also the expenditure incurred by candidates trying their luck at the hustings, they said.

The move comes in the backdrop of the poll panel recently delisting 284 defaulting and non-compliant registered unrecognised political parties (RUPPs), declaring more than 253 of them inactive.

The Income-tax department recently raided a number of such entities across the country on charges of tax evasion after the EC shared its report with its administrative authority, the CBDT.

According to the fresh proposals, the sources said, the poll panel has batted for lowering the threshold limit for cash donations made to political parties from Rs 20,000 to Rs 2,000.

As per rules in force currently, political parties have to disclose all donations above Rs 20,000 through their contribution report that is submitted to the EC.

Sources said if the EC's proposal is approved by the Law Ministry, all donations above Rs 2,000 shall be reported through the contribution report, thereby enhancing transparency in funding.

The Commission found the sources said, that while donations reported by some political parties were nil, their audited accounts statement showed receipt of huge amounts, proving large-scale transactions in cash, below the threshold limit of Rs 20,000.

The EC has also sought to restrict cash donations to 20 per cent or at maximum of Rs 20 crore out of the total funds received by a party, whichever is less.

As part of bringing transparency in the expenditure made by individual candidates contesting polls and to remove "fungibility" in this expenditure, the EC has sought that digital transactions or account payee cheque transfers should be made mandatory for all expenses above Rs 2,000 to a single entity/person.

Government sources said once this amendment -- to be made in Rule 89 of the Conduct of Election Rules, 1961 -- is carried out, a candidate would have to maintain a separate account for receipt and payments related to elections and the same has to be transparently disclosed to authorities, as an account of election expenditure.

As of now, maintaining a separate bank account for poll expenditure is part of the instructions but EC wants it to become part of the Conduct of Election Rules.

The EC also wants every candidate to open a separate bank account for election purposes, route all expenses and receipts through this account, and furnish these details in their account of election expenditure.

The EC has also sought "electoral reforms" to ensure that no foreign donations creep into the funds of the parties as stipulated under the RP Act and the Foreign Contribution Regulation Act (FCRA), 2010.

The sources said, at present, there is no mechanism to segregate foreign donations at the initial stages specifically, and the present format of contribution report is "not equipped" to seek additional information.

The Commission, therefore, has sought a broad discussion on the subject between different stakeholder ministries to come up with a mechanism to identify and deter prohibited foreign donations.

Another area of concern that has been identified by the EC is the violation of foreign exchange regulations, they said. PTI NES NAB