Announcing by-election in 4 states on Saturday, ECI issued a gazette notification on 17 March. Voting will take place on 12 April and the counting on 16 April. 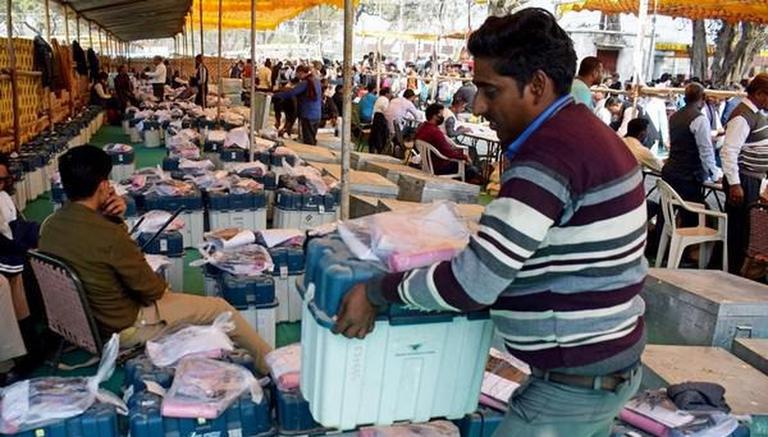 
The Election Commission of India (ECI) on Saturday announced that by-elections in the states of West Bengal, Chhattisgarh, Bihar and Maharashtra will be held on April 12. According to the ECI, the date for issuing gazette notifications is March 17, while the deadline for submitting nomination forms is March 24. The deadline for nomination scrutiny is March 25, and candidates can withdraw their candidacy until March 28.

The Election Commission said on Saturday that it has decided to hold a by-election to fill vacancies in the states of West Bengal - Asansol (Parliamentary Constituency) and Ballygunge, Chhattisgarh - Khairagarh, Bihar - Bochahan (SC) and Maharashtra - Kolhapur North. As per the ECI, the date of polling will be April 12 and the votes will be counted on April 16.

"The Model Code of Conduct shall come into force with immediate effect in the district(s) in which the whole or any part of the Assembly constituency going for election is included," the ECI stated. The ECI stated that a sufficient number of EVMs and VVPATs have been made available, and every effort has been made to guarantee that the elections will be run smoothly using the machines.

READ | Feel honoured by Mamata showing faith in me; not an outsider in Bengal: Shatrughan

After the death of MLA Chandrakant Jadav of Congress, this seat fell vacant. Though the seat is traditionally a stronghold of Shiv Sena, Conngress' Jadav defeated Sena's candidate in the 2019 Assembly election. Sena leaders are keen to take the seat from the Congress. This by-election is being viewed as a referendum on the MVA's popularity, which is being challenged by the BJP's resurgence following victories in four of the five states that went to the polls earlier this year.

In West Bengal, the by-elections will be held for Lok Sabha seats of Asansol and Ballygunge. Asansol's seat fell vacant when Babul Supriyo joined TMC. He won Asansol on a BJP ticket in the 2019 LS elections. Now TMC has fielded Shatrughan Sinha as its candidate for the Asansol LS by-election. While Sinha will fight from Asansol, new TMC member Supriyo will fight from Ballygunge on a TMC ticket. BJP has appointed Suvendu Adhikari as the Observer for the by-elections in West Bengal.

The seat fell vacant due to the death of Musafir Paswan, an elected MLA of Vikassheel Insaan Party (VIP). VIP surprisingly defeated the RJD candidate in the Bihar Assembly election of 2020.