"Someone makes an allegation and it proves, then action can be taken. Sanjay Raut should prove that the allegations are wrong," Union MoS Raosaheb Danve said. 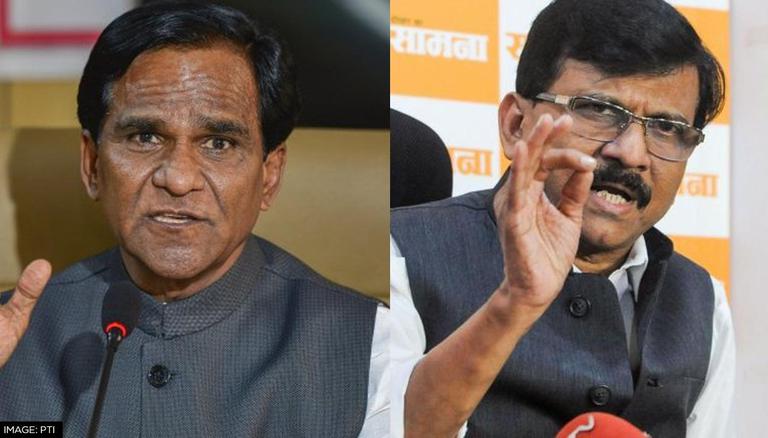 
Amid Enforcement Directorate's raids at the residence of Shiv Sena MP Sanjay Raut, Union minister of State for Railways, Raosaheb Danve said that the central agency does independent work and has nothing to do with politics. He said that if the allegations are wrong, then Sanjay Raut should prove it.

The Union Minister of State for Railways added, "Someone makes an allegation and it proves, then action can be taken. Sanjay Raut should prove that the allegations are wrong."

The development comes after he skipped two ED summons citing his engagement with the ongoing Parliament session. He last appeared before the federal agency on July 1.

ED officials accompanied by CRPF personnel reached Raut's 'Maitri' bungalow at 7 a.m. and began the search. Following the raid, the Uddhav Thackeray camp leader denied any misconduct and alleged that he was being attacked due to political vendetta.

READ | BJP reacts to ED Raids At Sanjay Raut's Home; 'Will be held accountable for wrongdoings'

"I swear by late Balasabheb Thackeray that I have nothing to do with any scam. I will die but won't leave Shiv Sena," Raut tweeted shortly after the ED action began.

The search is in connection with a Rs 1034 crore land scam case related to the redevelopment of the Patra Chawl and related transactions involving Shiv Sena MP's wife and associates. While businessman Pravin Raut was arrested in this case in February, the Enforcement Directorate (ED) attached eight land parcels in Alibaug and a flat in Dadar linked to Sanjay Raut on April 5.