ED & IT Dept Set To Conduct Raids In Chhattisgarh Soon? Here's What CM Baghel Has To Say

Chhattisgarh Chief Minister Bhupesh Baghel claim that central agencies such as the ED and I-T department will soon conduct raids in the state. 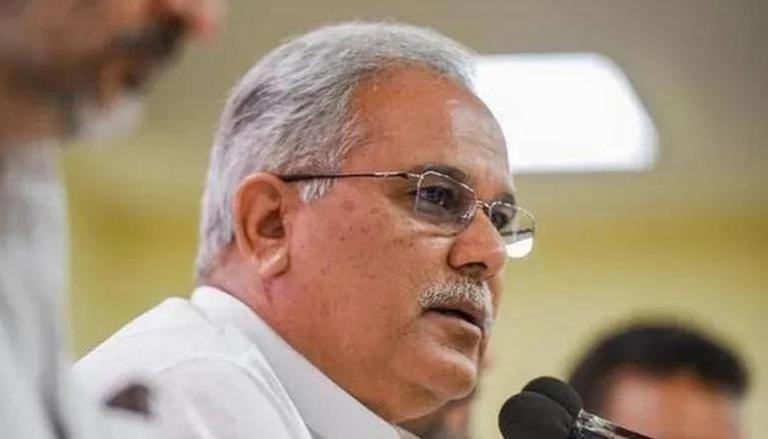 
Chhattisgarh Chief Minister and senior Congress leader Bhupesh Baghel on Friday made a sensational claim that central agencies such as the Enforcement Directorate (ED) and Income Tax (I-T) department will soon conduct raids in the state for hosting Jharkhand ruling coalition's MLA in Chhattisgarh. Notably, amid political turmoil in Jharkhand, the ruling camp MLAs are staying in Mayfair resort in Chhattisgarh's Raipur.

Speaking to reporters on Friday, Chhattisgarh CM Bhupesh Baghel said, "BJP does not believe in democracy. Several MLAs from Jharkhand are staying in Chhattisgarh. We welcomed them. But now, the BJP is protesting against it. My well-wishers have told me that very soon, ED and IT will conduct raids (in Chhattisgarh) because we are hosting Jharkhand MLAs here to safeguard democracy."

Adding further, the Chief Minister said, "They (Jharkhand ruling camp's MLAs) came here. They could have gone anywhere, but they came here. I knew that if I host them (Jharkhand MLAs) here, there will be ED and I-T raids in Chhattisgarh. But still, it is important for democracy."

Notably, earlier on Thursday, CM Baghel alleged that the BJP used various tactics to take away the MLAs of other parties and topple elected governments in the states. He claimed that the BJP has a "bag full of money" and they are trying to poach leaders of Opposition parties.

Jharkhand ruling coalition which includes CM Hemant Soren's JMM, Congress and RJD, decided to sequester their MLAs in Raipur's Mayfair Golf Resort. According to reports on Tuesday, the JMM-Congress-RJD coalition flew its 32 MLAs to Raipur to prevent the BJP's alleged attempts to poach its legislators.

Notably, the MLAs, 15 from the Jharkhand Mukti Morcha and 17 from Congress, escorted by senior Chhattisgarh Congress leaders Ramgopal Agrawal and Girish Dewangan, travelled in three buses to the extravagant resort located in Nava Raipur. The Mayfair Golf Resort, where Jharkhand's ruling UPA coalition MLAs are staying, has been transformed into a fortress with cops stationed everywhere.

Trouble mounted for CM Hemant Soren in February after a BJP delegation met Jharkhand Governor Ramesh Bais seeking his removal under Section 9A of the Representation of the People Act. This clause deals with disqualification for government contracts. BJP accused Soren of misusing his official position as the Mining and Environment Minister to get a stone mining lease in the Angara block of Ranchi district in 2021.

After the Governor sought the opinion of the EC as per Article 192 of the Constitution, the latter issued a notice to Soren seeking an explanation on why action shouldn't be taken against him, mandating the Governor to take a decision on whether CM Soren as a member of the House of the Legislature has become liable for disqualification based on the EC's opinion. Notably, As per sources, the EC recommended the disqualification of Soren as an MLA and sent its opinion to the Jharkhand Governor on August 25.