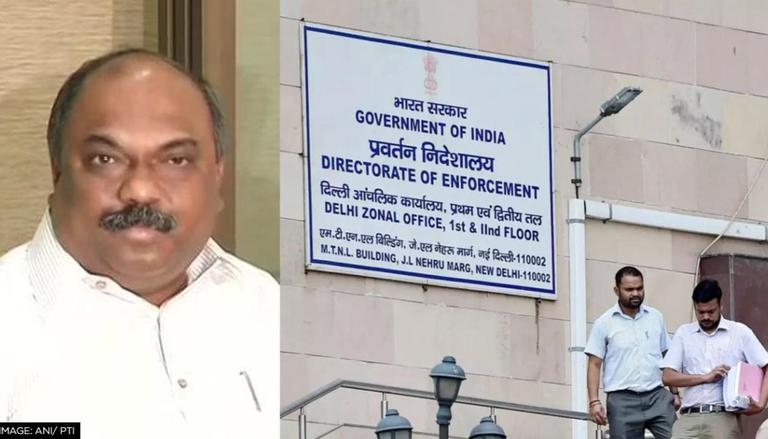 
In the latest developments, the Enforcement Directorate (ED) once again has summoned Shiv Sena leader and Maharashtra Transport Minister Anil Parab in connection with the money laundering case against former Maharashtra Home Minister Anil Deshmukh. Parab has been asked to appear before the agency on September 28. This is the second time the minister is being summoned in relation to the case.

The ED has now summoned Anil Parab for further investigation in the money laundering case. The agency has also summoned Parab's close aide Regional Transport Office (RTO) officer Bajrang Kharmate in connection to the same case. Earlier on August 29, ED had ordered Anil Parab to appear before the agency on August 31. Following the summons, the minister sought 14 days’ time to appear before the agency. Shiv Sena leaders had then came out in support of Parab and alleged that the BJP was targeting the minister.

Parab was summoned by the ED after a video clip involving the minister surfaced online. The viral clip showed the minister’s involvement in the arrest of Union Minister Narayan Rane. Rane was arrested on August 24 after his statement ‘slap Maharashtra Chief Minister Uddhav Thackeray' for what he claimed as the latter's ignorance of the year of India's independence. These remarks kicked up a huge row. The same day, a video of Parab went viral. In the video footage, the Shiv Sena leader was seen ordering police officers on a cell phone to arrest Rane without delay.

Maharashtra BJP MLA Ashish Shelar had come out and accused Parab of the arrest of Rane. He had then demanded a CBI inquiry into the matter. “There is a video clip which shows Anil Parab talking to someone around 1 pm on Tuesday about the sessions court to reject Rane’s bail plea. The application was rejected around 4 pm but Parab had informed the person on the other side much earlier. This is suspicious,” Ashish Shelar had said.

Meanwhile, the Maharashtra government on September 17 said that no action will be taken against Rane until September 30. Rane, who was in brief arrest, has been charged by the Nashik Cyber Police for his derogatory remarks against the CM.