Efforts Being Made To Defame Rajasthan: CM Ashok Gehlot

Rajasthan CM Ashok Gehlot on Friday said after the report of the National Crime Records Bureau (NCRB) was released, efforts are being made to defame the state 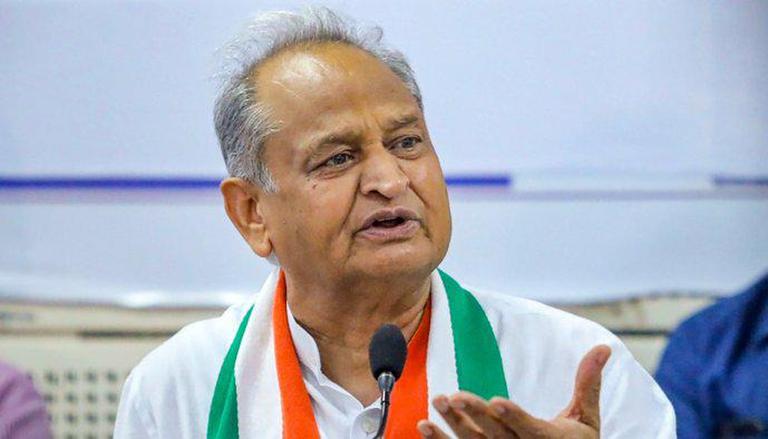 
Rajasthan Chief Minister Ashok Gehlot on Friday said after the report of the National Crime Records Bureau (NCRB) was released, efforts are being made to defame the state.

Gehlot said despite the policy of compulsory registration of FIRs in Rajasthan, the number of incidents of crime registered in 2021 was about 5 per cent less than that of 2019, while 17 states and Union territories, including Madhya Pradesh, Haryana, Gujarat and Uttarakhand, registered more crimes.

In a statement, he said Gujarat registered an increase of about 69 per cent in incidents of crime, Haryana recorded a 24-per cent hike and Madhya Pradesh a 20-per cent increase.

"Uttar Pradesh is ahead in the country in murder cases, crime against women and kidnapping. Gujarat has the highest number of custodial deaths. In the case of rape of minors under the POCSO Act, Madhya Pradesh ranks first in the country while Rajasthan is at the 12th place," the chief minister said.

He said it is the result of the compulsory FIR registration policy that in 2017-18, 33 per cent FIRs were registered through courts under section 156(3) of the CrPC but now, this has come down to 13 per cent.

Gehlot said as a result of the steps taken by the state government, the time taken in the investigation of rape cases has come down to 68 days from 274 days in 2017-18.

The average time taken in the investigation of a POCSO case was 232 days in 2018. It has now come down to 66 days, he pointed out.

"In Rajasthan, effective action is being taken by the police against every crime and the government completely stands with the victims," he said.

Gehlot said in 2015, about 51 per cent cases under the SC-ST (Prevention of Atrocities) Act were registered through courts under section 156(3) of the CrPC and now, it has come down to about 10 per cent.

"It is a matter of concern that some people have misused the government's policy of compulsory registration of FIRs and got false FIRs registered. As a result of this, 45.28 per cent cases of crime against women in the state in 2019, 44.77 per cent in 2020 and 45.26 per cent in 2021 turned out to be false," he said, adding that strict action is being taken against those who got these false FIRs registered.

Gehlot also said the conviction rate in rape cases is about 48 per cent in Rajasthan, while it is only 28.6 per cent at the national level.

The chief minister said there is another matter of concern that in about 90 per cent cases of sexual offences, the accused and the victim were known to each other (family members, relatives, friends, colleagues etc.).

The chief minister said efforts were made to defame Rajasthan in connection with an incident in Alwar in January where the victim was an intellectually-challenged girl. He said the media had claimed that the girl was gang-raped but in the investigation, it turned out to be a matter of road accident.

"This matter was also sent to the CBI for investigation, but the CBI did not even take up the investigation of the case," Gehlot said.

He demanded that the policy of compulsory FIRs should be there in all states.