Reaching out to rebel MLAs, Sanjay Raut said the party's "doors are open" to them, and all issues raised by them can be resolved through talks. 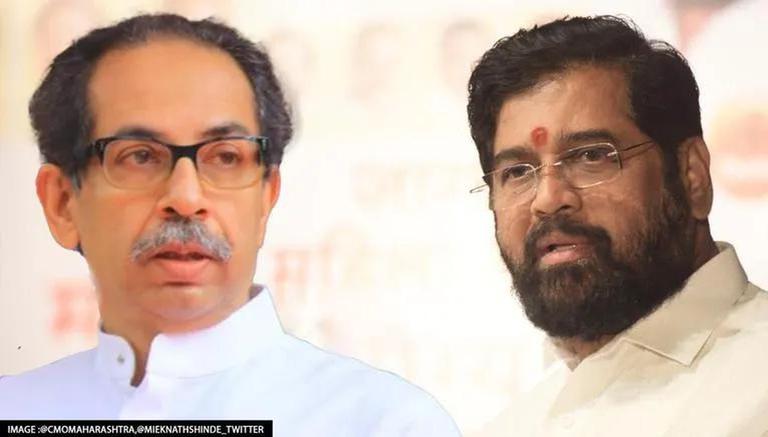 
With the support of 2/3rd Shiv Sena MLAs, Eknath Shinde has sent a letter to Maharashtra Assembly's Deputy Speaker and Election Commission of India stating that his camp has the majority of Shiv Sena's Legislative party, sources say.

Shinde currently has the support of 38 Shiv Sena legislators. He is currently camping with the rebel MLAs in Guwahati.

Earlier Shinde had the support of 35 Sena MLAs but now MLAs Dada Bhuse, Sanjay Rathod and Geeta Jain are also heading towards Guwahati.

The rebel camp has earlier said that there is enormous discontent amongst the party workers for forming the government with the Nationalist Congress Party (NCP) and Indian National Congress (INC) on account of different ideologies.

Reaching out to rebel MLAs, Raut said the party's "doors are open" to them, and all issues raised by them can be resolved through talks.

"You say you are real Shiv Sainiks and will not quit the party. We are ready to consider your demand provided you come back to Mumbai within 24 hours and discuss the issue with CM Uddhav Thackeray. Your demand will be considered positively. Don't write letters on Twitter and WhatsApp," Raut, who is the party's chief spokesperson, told reporters here.

"The rebels who are out of Mumbai have raised the issue of Hindutva. If all these MLAs feel that Shiv Sena should walk out of the MVA, show guts to come back to Mumbai. You say you have issues only with the government and also say that you are true Shiv Sainiks...Your demand will be considered. But come and talk with Uddhav Thackeray," he added.

In a tweet in Marathi later, Raut said, 'Why wander aimlessly. The doors are open and issues can be resolved amicably through talks. Let's take a decision with self-respect instead of accepting slavery."