A day after resigning from the party, former AAP Uttarakhand chief Deepak Bali joined BJP on Tuesday in the presence of CM Pushkar Singh Dhami and Madan Kaushik 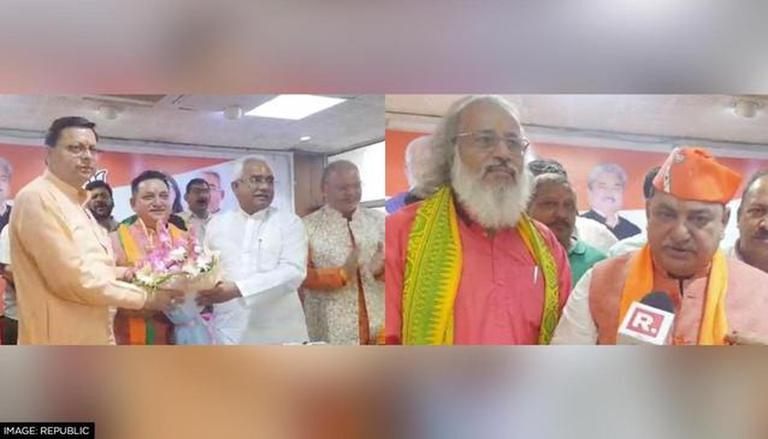 
In a major blow to the Aam Aadmi Party (AAP) in Uttarakhand, the former state chief Deepak Bali, a day after resigning from his post and party memberships, joined hands with the Bharatiya Janata Party (BJP) on Tuesday in the presence of Uttarakhand CM Pushkar Singh Dhami and BJP state chief Madan Kaushik.

The move came just weeks after another AAP leader, Colonel (R) Ajay Kothiyal, who was also the party's CM candidate for the upcoming 2022 Assembly elections in Uttarakhand called it a quit and joined the BJP.

Notably, at an event organised at the BJP office in Dehradun, Deepak Bali was inducted into the saffron party following which, CM Dhami addressed the media. Speaking to Republic TV on his alliance with the BJP, the former AAP leader stated that he was hurt by the behaviour of the Aam Aadmi Party following which, he tendered his resignation.

"I was not feeling comfortable with AAP's way of working. I gave them a time of 2 years and further fulfilled all my duties and responsibilities given by the party, however, I felt that I cannot move forward with them", he said.

Citing a few incidents, Bali noted the incidents of demolishing temples in Pakistan and an attack on a woman and said it was brought to the notice of the party but "no one was bothered about it neither anyone tweeted about it which was very hurtful."

He also asserted that he joined the BJP for working in the interests of the people and to follow the duties entitled by the party as he mentioned that he has left a major post for the same.

READ | Dhami sworn in as member of Uttarakhand Assembly