In a shocking statement, Ex-Congress Sopore MLA Abdul Rashid Dar said that the grand old party will put PM Narendra Modi in prison if it comes to power. 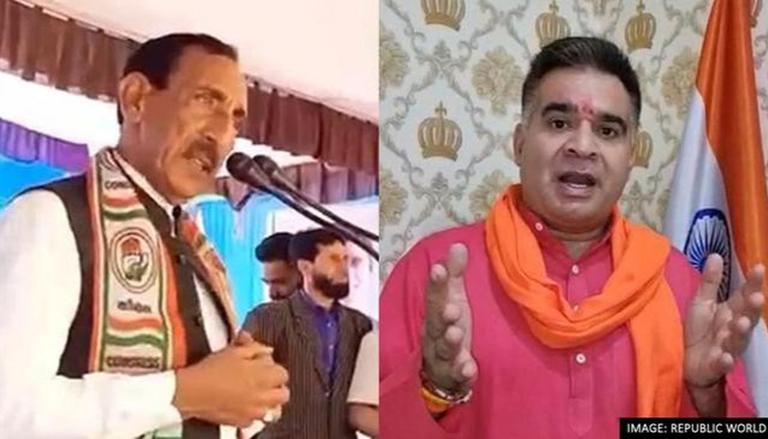 
In a shocking development, former Congress MLA from Jammu and Kashmir Abdul Rashid Dar said that the grand old party will put Prime Minister Narendra Modi in prison if it comes to power. He reportedly made this statement during a rally. The video of the incident is going viral on social media platforms, with netizens demanding action against Dar.

According to the clip, ex-Sopore MLA, who is speaking in Kashmiri, said, "Hope nobody in audience is from Modi group or Modi fan. See, what he did to Kashmir."

He said that Indians are seen with respect worldwide due to PM Modi's contributions. "Even the dangerous terrorists are scared of PM Modi and the Indian government but the Congress' has supported terrorists, Pakistani and Chinese," he said.

This is not the first time that Congress leaders made objectionable remarks against PM Modi. In July, a Congress MLA from Rajasthan said that PM Modi and Home Minister Amit Shah should be beaten for hacking phones (in the context of the Snoopgate row). Dungarpur MLA Ganesh Ghogra also called Rajasthan Governor Kalraj Mishra dalal of the saffron party. Last year during Delhi Assembly polls, Rahul Gandhi had reportedly said that the "youth would beat Modi with sticks over the lack of jobs."