Ex Karnataka CM Siddaramaiah clarified that he did not eat a non-veg meal before going to the temple in the Kodagu district & has not hurt religious sentiments. 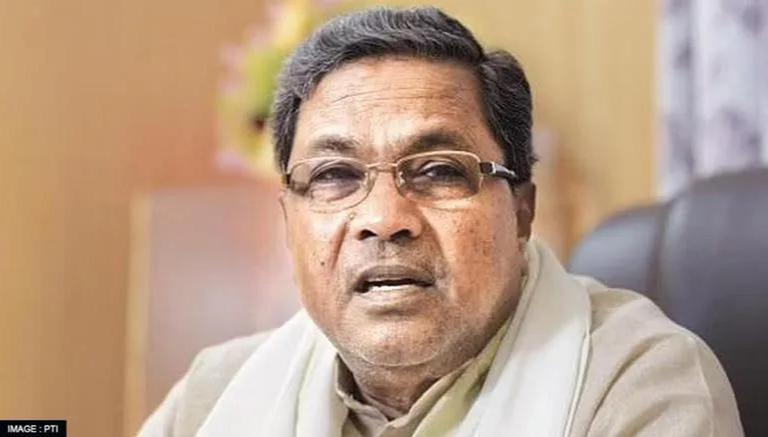 
Former Karnataka Chief Minister and Congress leader Siddaramaiah clarified on Tuesday that he did not eat a non-vegetarian meal before going to the temple in the Kodagu district and has not hurt any religious sentiments. Notably, this comes after the Bharatiya Janata Party (BJP) attacked the Congress leader for allegedly eating non-vegetarian food before visiting a temple during his recent visit to the Kodagu district.

Addressing reporters in Bengaluru, Siddaramaiah termed the whole controversy a "non-issue" while asserting the right to choice of food. "Is eating meat an issue? (What one eats) is a personal food habit. I eat both meat and vegetarian food, it is my habit. Some don't eat meat, it's their food habit." he told reporters.

'I had not eaten meat that day': Siddaramaiah clarifies on meat row

The former Karnataka CM lambasted the BJP and claimed that the saffron party has no other work except stirring controversies in order to deflect attention from the country's pressing problems.

"According to me, it is not at all an issue. Many go without eating meat and many go after eating. In many places meat is offered to deities. To tell you the truth I had not eaten meat that day. I said what I have subsequently, for the sake of argument. Though there was chicken curry, I ate only bamboo shoot curry and ‘akki rotti’,"Siddarmaiah said.

Earlier, Siddaramaiah, who is also the leader of the Opposition in the Karnataka assembly came under attack from the state wing of the BJP who claimed that he offended religious sentiments by reportedly visiting the Basaveshwara temple in Kodlipet in Kodagu after allegedly consuming a non-vegetarian meal. Though attempting to minimise the issue and claim his right to choice of food, the former CM on Sunday questioned whether God has prescribed any food while visiting temples.