Former Union minister and Rajya Sabha member Oscar Fernandes passed away on Monday at the age of 80 in Mangaluru. He is survived by his wife, daughter and son 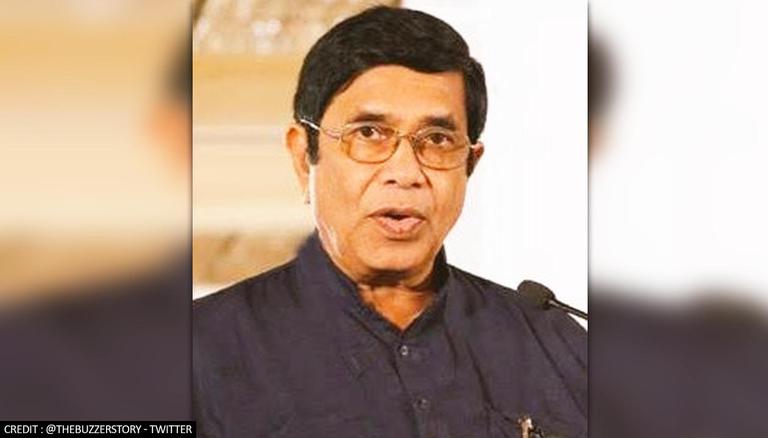 
Former Union Minister and Rajya Sabha member Oscar Fernandes passed away on Monday at the age of 80 in Mangaluru. The Congress leader was hospitalised after he suffered head injuries while practising yoga in July this year. He was admitted to Yenepoya Hospital, Mangaluru.

He was one of the closest confidants of Congress leader Rahul Gandhi and a trusted aide of Sonia Gandhi. The five-times Lok Sabha MP from Karnataka's Udupi, Fernandes was part of some of the most important decisions taken by the grand old party over the years.

Fernandes had served as the Parliament Secretary to former Prime Minister Rajiv Gandhi. He was the Union Minister for Transport, Road and Highways and Labour and Employment in the first Congress-led UPA government. A five-time lawmaker, he was nominated to the Rajya Sabha after he lost in the 1999 general elections. He also held many key posts in AICC.

Born on March 27, 1947, Fernandes had 12 siblings. He was also an expert in traditional dance forms Yakshagana and Kuchipudi. He is survived by his wife, daughter and son.

Saddened by the demise of Rajya Sabha MP Shri Oscar Fernandes Ji. In this sad hour, my thoughts and prayers are with his family and well-wishers. May his soul rest in peace: PM @narendramodi

The Congress Party called him a stalwart and said that his vision of an inclusive India had a "huge influence on the politics of our times." Karnataka Congress Chief DK Shivakumar said that he will be warmly remembered for his untiring dedication and vision.

Rahul Gandhi also paid heartfelt condolences to the Congress leader's friends and family. Calling it a personal loss, the Wayanad MP said that Fernandes was a guide and mentor to many in the party. "He will be missed and fondly remembered for his contributions," he said.

My heartfelt condolences to the family and friends of Shri Oscar Fernandes Ji.
It is a personal loss for me. He was a guide and mentor to many of us in the Congress Party.

He will be missed and fondly remembered for his contributions. pic.twitter.com/NZVD592GSJ

"Oscar Fernandes Ji was a guide, mentor, organizational builder; who connected to the Congress workers & they loved him in return. A 'banyan tree' of the Congress Party has fallen. There will perhaps never be anyone like him. Our heartfelt homage to an eternal Congressman!" Congress leader Randeep Singh Surjewala also tweeted.