It is important to mention that this was Kuldeep Bishnoi's second meeting with BJP leadership in a span of two weeks. Earlier he met HM Amit Shah in Delhi. 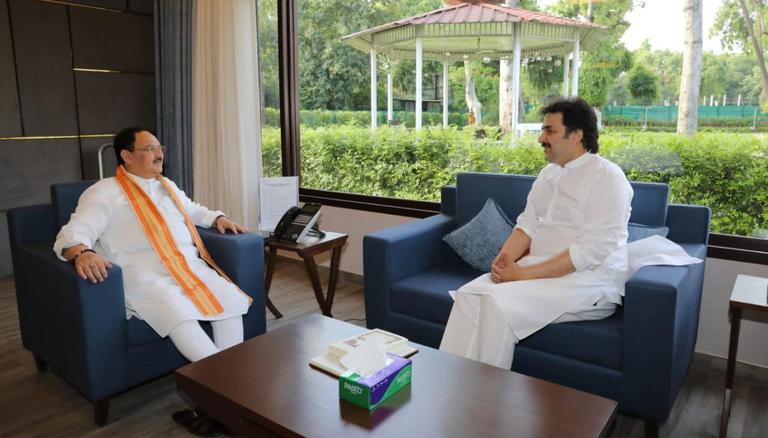 
In a significant development, Haryana Congress MLA Kuldeep Bishnoi, who cross-voted in the Rajya Sabha elections last month, met BJP chief JP Nadda and Chief Minister Manohar Lal Khattar on Sunday. The Adampur MLA, who was expelled from all party positions by Congress earlier this month for causing the loss of the party's Rajya Sabha candidate Ajay Maken discussed political issues with the BJP brass.

It is important to mention that this was Kuldeep Bishnoi's second meeting with the BJP leadership within a span of two weeks. He had last met Union Home Minister Amit Shah and BJP chief Nadda in Delhi on July 10. The frequent meetings have stirred speculations over the possibility that he may switch over to the saffron party amid his tussle with the Congress.

Last month, the 53-year-old legislator was expelled by Congress from all party positions for cross-voting in the Rajya Sabha polls. Following the polling, he posted a cryptic tweet saying, "I know how to crush a snake's hood. I do not leave the jungle in fear of snakes."

On his expulsion from the party, Bishnoi had leveled serious allegations against the Congress and had claimed that it has 'rules for some leaders and exceptions for others'. "Rules are applied selectively. Indiscipline has been repeatedly ignored in the past. In my case, I listened to my soul and acted on my morals," he said.

As the main Opposition party in Haryana, Congress was assured of one Rajya Sabha seat by virtue of the number of MLAs it has in the 90-member assembly. However, its candidate Ajay Maken failed to secure the berth after Bishnoi cross-voted, while the vote of an MLA was declared invalid. With this, both candidates backed by the BJP-- Krishan Lal Panwar and Kartikeya Sharma were elected to the two Rajya Sabha from Haryana.

Bishnoi, a four-time MLA, two-time MP, and younger son of former Haryana chief minister Bhajan Lal, is allegedly miffed with the grand-old-party ever since it overlooked him for the post of the Haryana unit chief during the revamp and decided to appoint Udai Bhan, a loyalist of former chief minister Bhupinder Singh Hooda to the post.