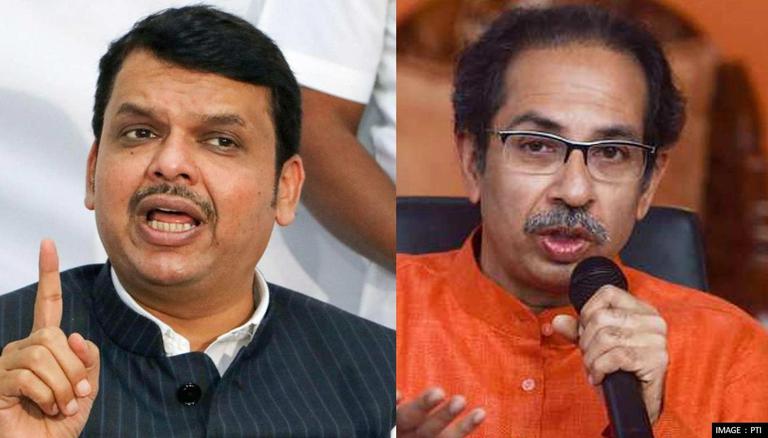 
Former Maharashtra CM Devendra Fadnavis took umbrage at the MVA government's decision to conduct the election of the Assembly Speaker by open vote instead of secret ballot. Speaking to the media in Mumbai on Wednesday, he contended that this move showed the insecurity of the ruling dispensation. According to him, the Uddhav Thackeray-led government feared the possibility of a section of the 170 MVA legislators cross-voting during the election owing to their disgruntlement within the three-party alliance.

"After this proposal, all of you understood how insecure the government is. Until 60 years, the Speaker's election was conducted by secret ballot. Even when the difference between the ruling and the opposition party was 5-7 seats, it took place by secret ballot. The Maha Vikas Aghadi government which claims to have the support of 170 MLAs had to face ignominy of changing the rules to conduct the election by open vote. Because the discontent within is so dangerous, they know that their legislators will express this discontent in the Speaker's election if it is held by secret ballot," the BJP leader opined.

After getting elected to the Maharashtra Assembly from Sakoli in the Bhandara district, Nana Patole was elected as the Assembly Speaker post the formation of the MVA government. However, the post fell vacant on February 4 as Patole resigned to take over as the president of the Maharashtra Pradesh Congress Committee. On the first day of the Winter Session of the state legislature on Wednesday, ex-CM Prithviraj Chavan tabled the report of the Legislative Rules Committee recommending a change in the existing rule of the secret ballot for the Speaker's election.

Reducing the duration of inviting suggestions and objections to this proposal from 10 days to one day, the Assembly passed the motion to conduct this poll by open vote. Meanwhile, the state Cabinet decided that the election to the Speaker's post will take place on December 28 which is the last day of the Winter session. The last day of filing nominations will be December 27. While the Speaker has usually been elected unopposed in the past despite the secret ballot rule, BJP is expected to field its candidate amid its fractured relationship with MVA.