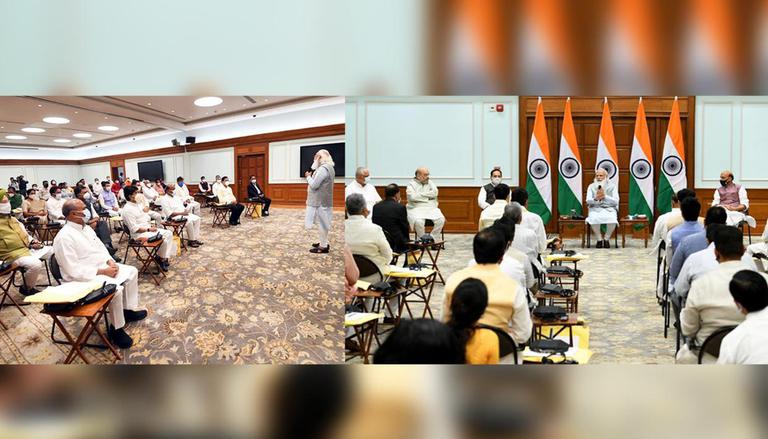 
Ahead of the oath-taking ceremony, Prime Minister Narendra on Wednesday chaired a meeting at 7 Lok Manya Tilak in New Delhi with the leaders who are likely to be inducted. Republic Media Network has accessed the pictures of the meeting that also had in attendance Union Home Minister Amit Shah, Union Defence Minister Rajnath Singh, Bharatiya Janata Party President Jagat Prakash Nadda. 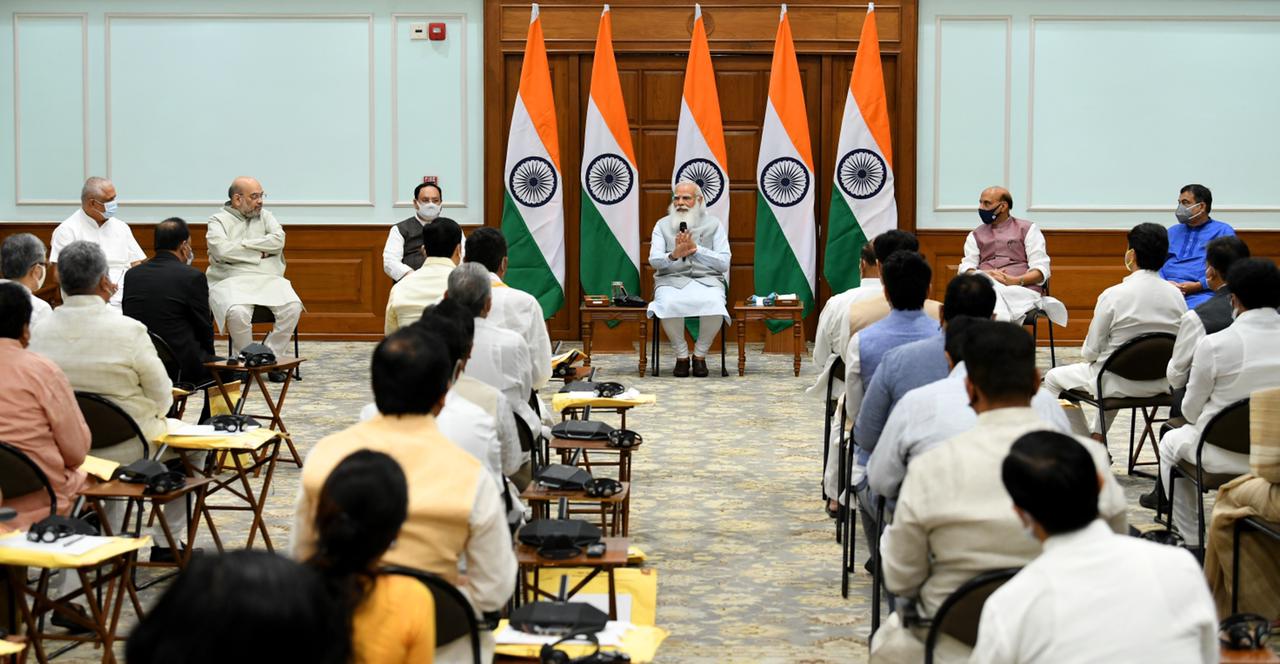 While the current strength of the Union Council of Ministers is 53 besides PM Modi, only 27 more Ministers can be inducted. Most importantly, sources indicated that the new Council of Ministers will give more representation in terms of caste, religion, region and experience than several other governments in the past. As per sources, 11 women Ministers (2 in Cabinet), 27 OBCs (5 in cabinet), 8 STs (3 in Cabinet), and 12 SC members (2 in cabinet) will also be a part of the reshuffle. Moreover, 13 lawyers, 6 doctors, 5 engineers, 7 civil servants, and 4 former CMs will be a part of the new council of Ministers. Representations from the Muslim, Sikh and Christian community has also been broadened in the new cabinet.

Here are the Ministers likely to be sworn in:

READ | From Harsh Vardhan to Pokhriyal, check out major resignations ahead of cabinet reshuffle