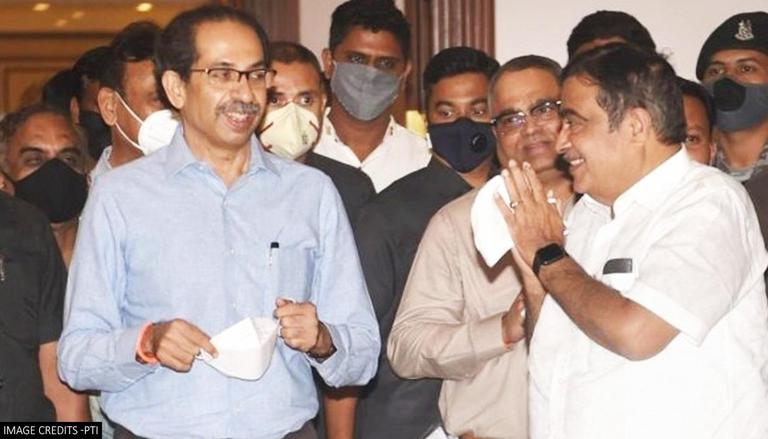 
In yet another BJP-Shiv Sena tiff, Union Minister Nitin Gadkari on Saturday, wrote to Maharashtra Chief Minister Uddhav Thackeray alleging that several local Shiv Sena leaders in Washim were obstructing highway projects. In his two-page letter, Gadkari alleged that the leaders in Washim were creating hurdles in road work by making 'illegal' demands and setting building material on fire. Lamenting that road work was being hampered as a result, Gadkari sought Thackeray's intervention.

Gadkari has listed projects like  Akola to Nanded highway, Medshi-Washim highway, Pulgaon-Karanja-Mehkar-Sindkheda highway which Sena leaders have allegedly attempted to thwart. He wrote, "If Sena leaders and elected representatives continue with such behaviour, it would be difficult to carry out the projects. People in the region will also be upset if projects are not completed". Gadkari has claimed that at Selu Bazaar in Washim-Yavatmal constituency, Sena workers have burnt road construction machines, halting the project.

Taking cognizance of the BJP veteran's letter, CM and Shiv Sena Supremo Uddhav Thackeray ordered a probe in the matter, as per reports. Home Minister Dilip Walse Patil has been asked to look into the matter, while Director General of Police Sanjay Pandey has been instructed to submit a report. While BJP has slammed the Sena leaders' action, Sena itself is yet to comment on the issue.

Prior to the 2019 Maharashtra state polls, Shiv Sena had reiterated that it will accept only the 50:50 formula, while BJP denied ever having agreed to such a formula. It allegedly offered 13 cabinet portfolios to Sena while keeping 26 for its ministers. Apart from Sena's portfolio demand, the party had demanded a sharing of 2.5 years in the CM post too; this too was  refused by Devendra Fadnavis, stating, 'The next govt will be formed under a BJP CM.' With no respite to the deadlock, Sena allied with NCP-Congress to form the Maha Vikas Aghadi alliance - ushering Uddhav Thackeray's first CM term.

Recently, Shiv Sena has been warming up to BJP with Raut claiming that PM Modi and Home Minister Amit Shah had never obstructed the formation of the Thackeray government which had baffled BJP Maharashtra. Assuring that Sena enjoyed good relations with PM Modi, Sena has maintained that their difference with BJP is political, not personal. Recently, Sanjay Raut met 'secretly' with Ashish Shelar, but later assured that the MVA government will complete its 5-year term with Uddhav Thackeray as the CM. Currently, Congress has stated that it will contest all future polls separately and not under the MVA alliance, which has irked Shiv Sena and NCP.