After Congress went all out to defend security breach in Punjab, Union Minister from the Bharatiya Janata Party Gajendra Singh Shekhawat slammed the party. 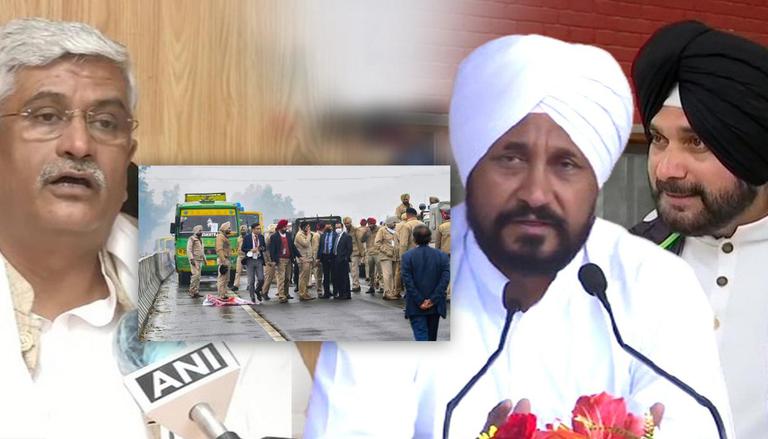 
After Congress went all out to defend security breach in Punjab, Union Minister from the Bharatiya Janata Party Gajendra Singh Shekhawat came down heavily on the party, calling their attempt 'shameless'. Highlighting how Chief Minister Charanjit Singh Channi and Punjab Congress chief Navjot Singh Sidhu were competing with each other to 'hit a new low' in justifying what he referred to as their 'incompetence', Shekhawat reminded them that the PM's security breach was a matter of 'national concern'.

"PM Modi isn't a person, he's an institution. The country felt a sense of relief after hearing the PM's return alive," Shekhawat had earlier said, adding that 'the security breach wasn't just the govt's failure, but a well-organized conspiracy directed by Congress leaders'.

PM's security breach is a serious issue of national security but Congress is shamelessly defending it's flaws.

Both Navjot S Sidhu & Charanjit S Channi are now competing with each other to hit a new low in justifying their incompetence.

On his way to poll-bound Punjab's Ferozepur on Wednesday, PM Modi chose to go via the road route over air owing to the bad weather conditions. While the Prime Minister was almost reaching its destination, his convoy got stuck due to a road blockade in the state. It stayed stuck for over 15-20 minutes while many trucks full of protesters stood a few metres away.

Congress go all out to defend security breach

Soon after the security breach, Channi had expressed regret over the 'unfortunate' incident but also claimed that there was 'absolutely no threat' to the Prime Minister of the country since there was 'no security lapse'. Contradicting his own statement,  Channi had added in the same press briefing, "We had asked them (PMO) to discontinue the visit due to bad weather conditions and protests. We had no information of his (Prime Minister Narendra Modi) sudden route change."

"Saying that your life was at threat is a drama, it is a facade and I say it categorically. I acknowledge it as an attempt to evade humiliation. It never has happened that ground with 70,000 seating capacity, 500 people are sitting and the PM addresses them," Sidhu said two days thereafter in a press briefing.

Claiming that this is not the first time BJP was doing so, Sidhu added, "I ask you, is the security of PM confined to the state police, Intelligence Bureau, RAW, so many are ensuring security."

It should be mentioned here that Republic accessed a secret intel note earlier in the day in which the Centre had warned the Punjab government of a possible blockade of PM Modi's route three days before the breach. As per the note dated January 2, the PM faces a grave threat from terror outfits such as the IM, LeT, HuM, HuJI, TTP besides Left Wing Extremists and remnants of LTTE cadres.