'Gandhi Family Used Amethi For Politics, Did Nothing': Smriti Irani Lashes Out At Congress 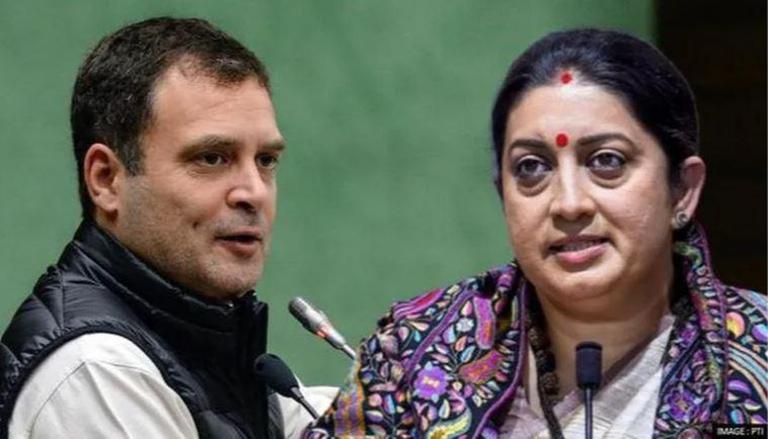 
Union Minister Smriti Irani on Tuesday alleged that the Gandhi family used Amethi for politics for decades and filled their coffers but did nothing for its development.

"This political family did politics from here for decades but kept people of the constituency poor so that they stood in front of them with folded hands.

"They ran Amethi for their interests and did not pay heed to people and filled their coffers," Irani said while addressing a programme here on the completion of eight years of the Narendra Modi government.

Hitting out at Rahul Gandhi, the Union minister said before 2019, he was not seen in Amethi but only went on foreign visits.

"He never took up issues of Amethi in Parliament and when I raised local issues there, I got many calls for this," she added.

"The Gandhi family always cheated people of Amethi. They knew the people of Amethi had resentment against them and that is why he (Rahul) left for Kerala in 2019," the Union minister said.

She alleged that Gandhi family took land from farmers for the construction of a medical college in Munshiganj but "instead built their guest house there."

She said people have lost faith in Congress due to its act and ideology.

The Union minister said prime ministers were elected earlier also but for the first time a "Pradhan Sewak" was elected in 2014 and people re-gained trust in democracy.

"When PM Modi first came to a rally here in 2014, it was the start of the battle to uproot the corrupt family," she said.

Irani also highlighted various schemes launched by the BJP government for the constituency.