Breaking his silence on the delimitation commission's proposal, ex-Jammu and Kashmir CM and Congress leader Ghulam Nabi Azad refrained from criticising it. 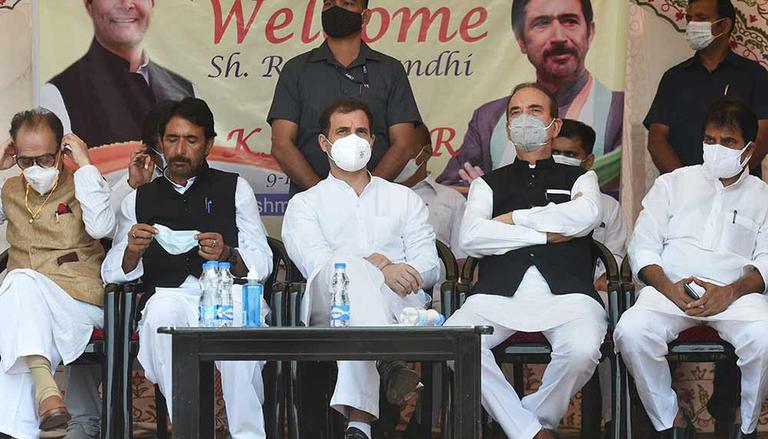 
Breaking his silence on the delimitation commission's proposal, ex-Jammu and Kashmir CM and Congress leader Ghulam Nabi Azad refrained from criticising it. This was in clear contrast to National Conference, JKPC, PDP and CPI(M) who have vowed to oppose this proposal. On Monday, the Delimitation panel proposed that J&K will have 43 and 47 seats respectively. Barring seats reserved for Pakistan-occupied Kashmir, the strength of the J&K Assembly will increase from 83 to 90 with Jammu getting 6 new seats while Kashmir, which has traditionally garnered the lion's share of seats, shall bag only one extra seat.

On the other hand, 9 and 7 seats are likely to be reserved for ST and SC each. Speaking to the media, Azad opined that the seats for Scheduled Tribes should be evenly distributed between Jammu and Kashmir. Moreover, he expressed hope that the additional seats in Jammu would be concentrated in the Chenab Valley, Udhampur and Kathua.

Senior Congress leader Ghulam Nabi Azad remarked, "ST seats should be distributed in both regions- between Jammu and Kashmir. Because the ST population is nearly same in both regions. As far as seats are concerned, two things are taken into account in delimitation- one, population and second, area. When it comes to area, there are three regions in Jammu- Central region, Pir Panjal and Chenab Valley. Chenab Valley is the biggest region. If you see district-wise, Kathua is the biggest followed by Udhampur. So, I hope that these 6 extra seats should be distributed in these three regions- Chenab Valley, Udhampur and Kathua."

"Because there are many far-flung and mountainous regions here. Besides, the areas here are very large. One Council covers 3000-4000 sq. km. They should not be distributed in the cities," he added. On this occasion, he criticised the move to invite objections from the 5 J&K MPs by December 31, contending that they required time at least till January to do a physical verification.

It's fine that SC & ST communities are getting seats (in the J&K Delimitation Commission), but seats for STs should've been divided in both Jammu province & Kashmir province, as the ST population is almost equal: Congress leader Ghulam Nabi Azad pic.twitter.com/eReVk3muFg