Punjab CM Amarinder Singh on Monday urged the protesting farmers to leave his state, and instead move towards Delhi, the national capital. 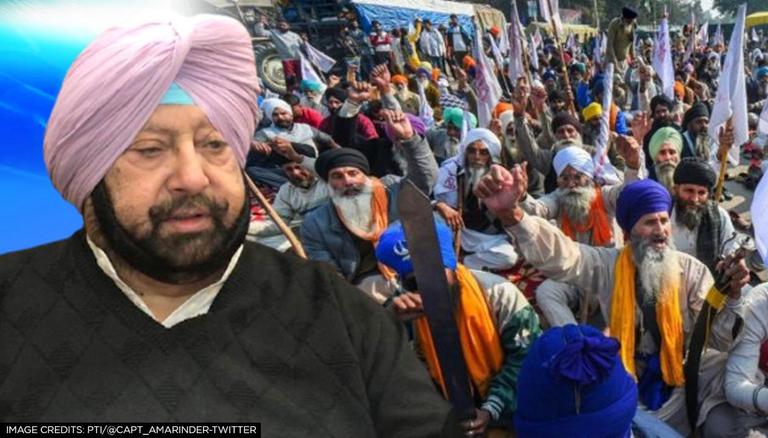 Punjab Chief Minister Amarinder Singh on Monday urged the protesting farmers to leave his state, and instead move towards Delhi, the national capital. Addressing a public gathering in the Hoshiarpur city of Punjab, Amarinder Singh claimed that the farmers were protesting at 113 sites in the state, despite the Congress-led Punjab government always supporting them. The Chief Minister asserted that had the government not supported them, they would never have been able to reach the Delhi borders.

'Do whatever you want to do in Haryana & Delhi'

Amarinder Singh, addressing the farmers, said "I just have one thing to say to farmers- tell your brothers, sisters and whosoever is protesting to not ruin Punjab. The Punjab Chief Minister added," You do whatever you want to in Delhi, build pressure on them, force them to give in to your demands but don't do all this here."

Pointing out that there are as many as 113 protests being conducted in different parts of Punjab, Amarinder Singh said, "I understand you are protesting in Delhi and Haryana, but why are you protesting here? We always supported you," and requested, "Please leave the protests sites now."

Sidhu writes to Captain 'to do more for farmers'

The statement of Amarinder Singh comes a day after Navjot Singh Sidhu urged him to fulfil the demands raised by the farmers in a meeting that took place in Chandigarh on September 10. In the letter, the PPCC President, underlining before the CM that the Congress and the state government have always provided support to farmers, said, “Yet, some FIRs have been registered due to untoward incidences,” adding that the government could set up a mechanism to consider each case on compassionate grounds and cancel all “unfair” cases.

In the letter, the PPCC President also raised before the Chief Minister the fear of farmers on the Central government asking for the land records before crop procurement. "This is also an attack on the resilient system of procurement by MSP through Arthiyas and pushes farmers away from APMC Mandis towards Private Markets where no such records are demanded," Sidhu wrote, emphasizing that the government must fight the Central government's attempt to make 'one nation, two markets'.

Further, citing the resolution passed by the party in Vidhan Sabha in October 2020, he added, "We must not let the three black laws be implemented at our state at any cost.