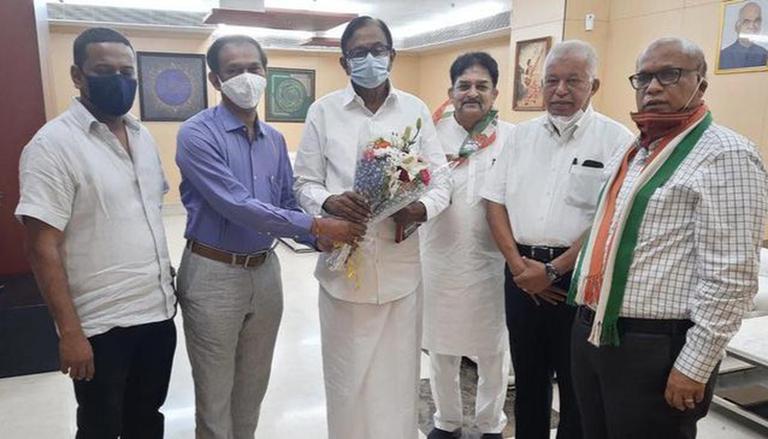 
Former Union minister and senior Congress leader P Chidambaram arrived in Goa for a two-day visit in the run-up to the Assembly elections in the coastal state. The newly-appointed AICC election observer for Goa is likely to discuss the party's strategy with local leaders for the February 2021 polls. Chidambaram could also hold pre-poll alliance talks during his visit.

Chidambaram was received at the Goa airport by state Congress chief Girish Chodankar, Leader of Opposition Digambar Kamat, and other leaders.

In the 2017 Goa Assembly elections, Congress won the highest 17 seats in the 40-member House, restricting the main opponent BJP to 13. But the BJP swiftly allied with regional parties and came to power under the leadership of senior leader Manohar Parrikar, who has since passed away. Over five years, Congress' Legislative Assembly strength dwindled to five after several MLAs switched over to the ruling BJP.

Chodankar had resigned last year after Congress fared poorly in Zilla Panchayat elections in Goa, but the party is yet to accept his resignation. As per speculation, he is likely to be replaced with another senior leader in the run-up to the Assembly polls.

According to Goa Pradesh Congress Committee vice president M K Sheikh, P Chidambaram during his maiden visit after being appointed as AICC observer will interact with party office-bearers, frontal bodies of Congress, district and block presidents and receive inputs. Chidambaram will visit the Congress House in Panaji on Wednesday and travel to its South Goa District Office for a meeting on Thursday, Sheikh added.

The Aam Aadmi Party (AAP) has already thrown its hat in the ring ahead of the Goa elections polls, with the party's national convener and Delhi Chief Minister Arvind Kejriwal promising free power up to 300 units per month if voted to power, during his visit to Panaji in July.