The cracks in the opposition camp widened as Congress openly accused AAP and TMC of seeking to divide "secular votes" in the upcoming Goa Assembly polls. 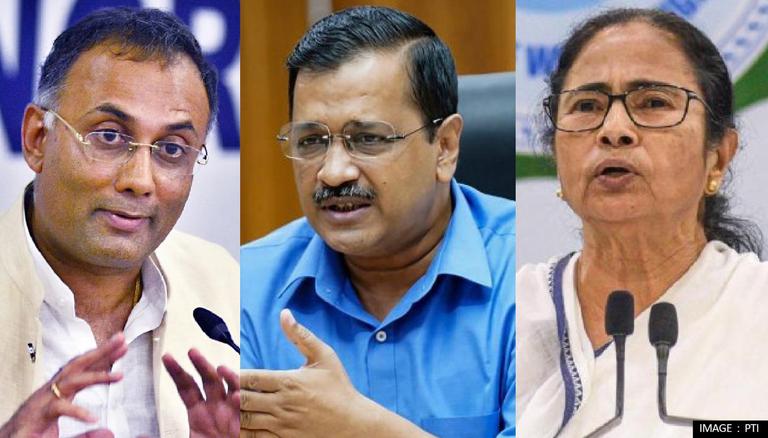 
The cracks in the opposition camp widened as Congress openly accused AAP and TMC of seeking to divide "secular votes" in the upcoming Goa Assembly polls. Addressing a press conference on October 3, AICC Goa in-charge Dinesh Gundu Rao asserted that Congress will not only take on the ruling BJP but also forces which want to ensure the saffron party's victory in the state. At the same time, he clarified that the Sonia Gandhi-led party is open to forming an alliance with like-minded outfits who believe in secularism.

Congress leader Dinesh Gundu Rao remarked, "There are two forces working. One force is the fascist force of BJP which wants to completely control this country, completely keep everything under its command. They are trying to create an authoritarian state using the power of money. The second thing that is happening in Goa, the parties which are operating here to ensure that BJP wins. They are not working here to see that they win or the secular front wins."

"We are ready to talks with like-minded parties who have worked for many years in Goa and believe in secular philosophy. Recently, the leadership advised us to finalise an alliance after talking to like-minded parties. Congress is ready to do so in the interest of Goa," he added.

The political scenario in Goa

Deputy CMs in the Parrikar Cabinet- MGP chief Sudin Dhavalikar and GFP president Vijai Sardesai were sacked from the Cabinet in the next months. Meanwhile, BJP consolidated its position after 10 Congress MLAs including Chandrakant Kavlekar, Atanasio Monserrate, Jeniffer Monserratte, Francis Silveira, Philip Nery Rodrigues, Cleaofacio Dias, Wilfred Dsa, Nilkant Halarnkar and Isidor Fernandes joined the saffron party on July 10, 2019. Both AAP and TMC are seeking to make inroads in the state in the wake of a weakened Congress state unit.