In a key development ahead of the Goa Assembly polls, sources revealed that the Maharashtrawadi Gomantak Party (MGP) is likely to ally with BJP once again. 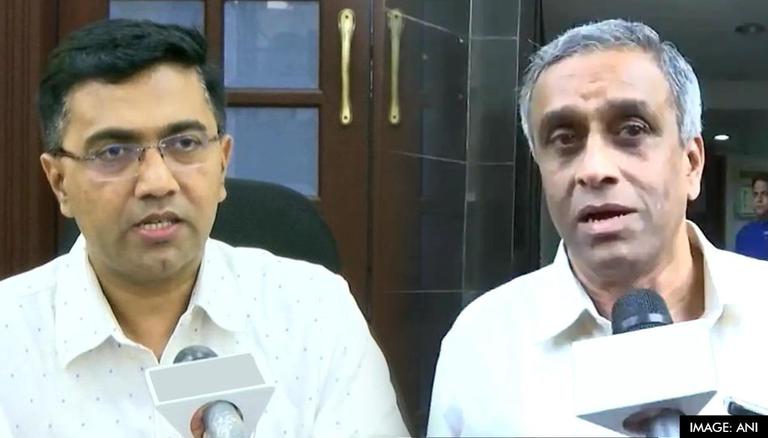 
In a key development ahead of the Goa Assembly polls, sources revealed that the Maharashtrawadi Gomantak Party (MGP) is likely to ally with BJP once again. Speculation about a potential electoral arrangement was rife after BJP's Goa election in-charge Devendra Fadnavis met MGP leader Sudin Dhavalikar in the previous week. As per sources, MGP has sought to contest on 8 seats and demanded that Dhavalikar should be made a Governor in any state in lieu of an alliance with the saffron party for the 2022 Goa election.

Founded by Dayanand Bandodkar, MGP was the ruling party in Goa from the first Assembly polls in 1963 to 1979. However, the party gradually lost its grip over the state after the rise of viable alternatives in the form of BJP and Congress. In the 2017 polls, it won three seats as a part of an alliance with Shiv Sena and ousted RSS Goa chief Subhash Velingkar-led Goa Suraksha Manch. While it supported BJP to form a government after the election with Dhavalikar being the Deputy CM, the latter was ousted from the Cabinet in 2019 after the saffron party secured a majority of its own.

Deputy CMs in the Parrikar Cabinet- Dhavalikar and GFP president Vijai Sardesai were sacked from the Cabinet in the next months. Meanwhile, BJP consolidated its position after 10 Congress MLAs including Chandrakant Kavlekar, Atanasio Monserrate, Jeniffer Monserratte, Francis Silveira, Philip Nery Rodrigues, Cleaofacio Dias, Wilfred Dsa, Nilkant Halarnkar and Isidor Fernandes joined the saffron party on July 10, 2019. Both AAP and TMC are seeking to make inroads in the state in the wake of a weakened Congress state unit.