Gujarat Congress in-charge Raghu Sharma said on Saturday said that he would make sure that his party fights the upcoming polls and comes out victorious. 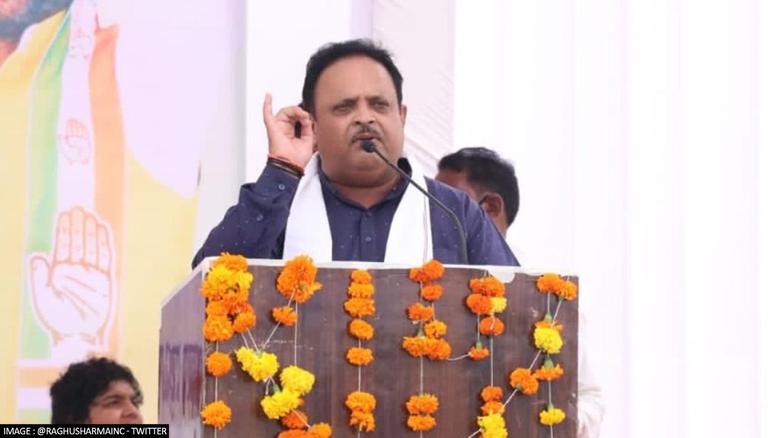 
Ahead of Gujarat 2022 assembly elections, the newly appointed state Congress in charge and Rajasthan Health Minister Raghu Sharma on Saturday said that he would make sure that his party fights the upcoming polls and emerge victorious. Currently, BJP has an ironclad majority of 112 MLAs and has ruled the state for 26 years.

While speaking to the media, Sharma said, "Strategy would be that the party stands strongly, fights election strongly...with agitational and training programmes, the party forms the government in coming times."

He added, "I am not a son of any big political leader and don't have a background of any political family. I am a common grassroots party worker. Party has trusted me and given me the responsibility so I am also going with a resolve that a change is seen in Gujarat."

When asked how Congress would tackle the current BJP government in Gujarat, Sharma said, "If there would have been governance or development, what was the need to change Chief Minister, Deputy CM. If the BJP has accepted that it has proved useless and has not performed then they should apologise to the people of the state."

"BJP formed the government by unconstitutional means in Gujarat in 2017 with the support of 18 Congress MLAs. Now, the MLAs who were given a portfolio in BJP government in Gujarat too are ousted," he added.

While replying to a question about the possible cabinet expansion in Rajasthan as Sharma is the health minister of the state, he stated that the decision lies in the hands of Chief Minister Ashok Gehlot.

Sharma further added, "I am a party worker and I will implement the orders given by the party high command. We have come to work for the party. We are in power, so it is not necessary for me to be on Minister post."

On Thursday, Congress had appointed Sharma as the in-charge of Gujarat, Daman and Diu, Dadra and Nagar Haveli nearly two weeks after he met Rahul Gandhi in Delhi on September 24. Sharma is known to be a close aide to Rajasthan CM Ashok Gehlot. For the second time, a Rajasthan leader will be leading the party in the Gujarat polls after Ashok Gehlot himself had brought the party close to victory in the 2017 assembly elections in the state.