Gujarat CM Should Apologise, Give Alternative Site For Temple: AAP On Surat Demolition

Ramdev Peer Temple, located in the Kapodra area of Surat, was demolished by the civic body under heavy police bandobast on Wednesday. 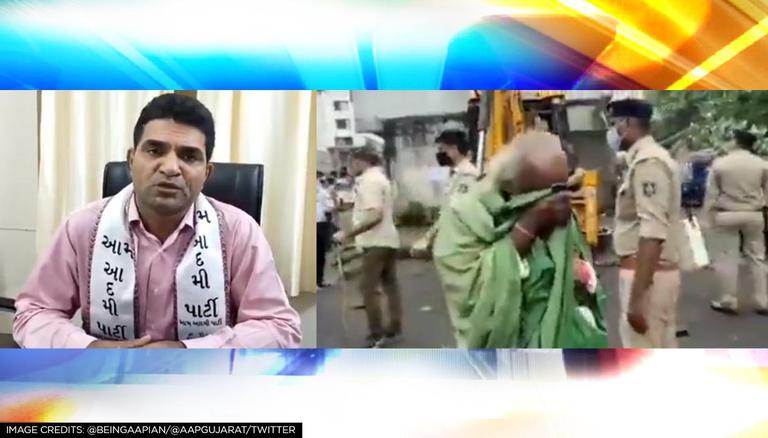 
The Aam Aadmi Party's Gujarat unit on Friday protested the demolition of a temple by Surat Municipal Corporation. Criticising the BJP-ruled SMC, state AAP leader Isudhan Gadhvi, in a video message, said that the manner in which the temple was demolished by the BJP government is an insult to Hindus. He also asked Gujarat Chief Minister Vijay Rupani to apologise and demanded an alternative site to build the temple.

Ramdev Peer Temple, located in the Kapodra area of Surat, was demolished by the civic body under heavy police bandobast on Wednesday. This development was part of the anti-encroachment drive for a metro rail project. Earlier, a video went viral in which a priest was seen crying as a JCB machine demolished a temple. According to reports, locals had also gathered at the demolition site and protested against the civic body's action.

"Around 100 years old temple has been demolished by the Bharatiya Janata Party government. The priest even cried as the temple was razed... AAP demands that Chief Minister and BJP should apologise to the people and make alternate arrangements for another Ramdev Peer temple. If the demands are not met, the AAP promises to fight for our symbol of devotion," Gadhvi said.

He asked, "if you say that temple was illegal them how many BJP leaders have illegal bungalows?" The AAP leader said that that many Vishwa Hindu Parishad (VHP) tried to protest. However, they were detailed and intimidated by police, Gadhvi added.

The Aam Aadmi Party is the opposition in the Surat Municipal Corporation with 27. The civic body is led by BJP with 93 seats. According to reports, activists of the Bajrang Dal and VHP had protested against the demolition but they were detained.