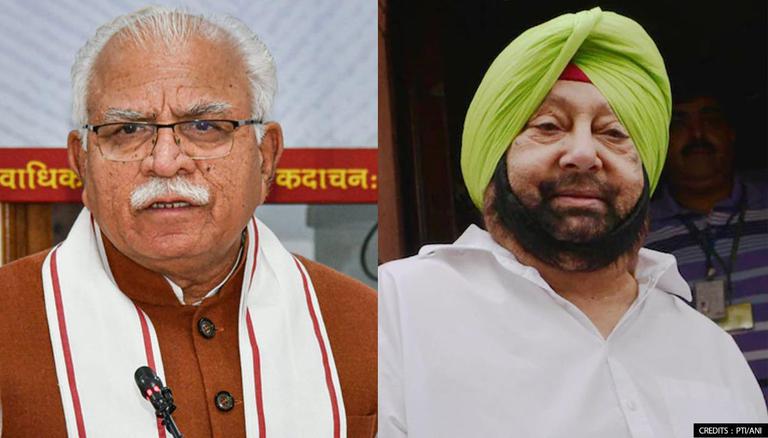 
After lashing out at Punjab Chief Minister Captain Amarinder Singh and demanding his resignation over inciting farmer protests at the national capital, Haryana Chief Minister Manohar Lal Khattar, on Tuesday, turned to Twitter to continue his harsh rhetoric against the Amarinder Singh-led government.

Listing out a series of development projects his government has undertaken for the welfare of farmers in the state, the Haryana chief minister stressed his dedication towards uplifting farmers. The tweets came in response to an earlier statement by Singh calling Khattar's government anti-farmer and alleging that Haryana allowed "criminal assault" on peacefully protesting farmers in Karnal.

Questioning the Punjab government on what it has done for the welfare of farmers at the end of every tweet, CM Khattar posted a Twitter thread listing out his government's policies towards farmers.

Who is anti-farmer, @capt_amarinder ji? Punjab or Haryana?

Khattar claimed of having provided the following assistance to farmers in the state:

The Haryana chief minister also informed that his state has been paying the highest MSP in the country for sugarcane to its farmers for the last seven years, supporting farmers growing horticultural produce by instituting the Bhawantar Bharpayee Yojana to insulate the farmer from price variations below cost, and has started a micro-irrigation scheme to support farmers with 85% subsidy to manage precious water for irrigation.

Punjab CM Amarinder Singh, on Monday, criticized his Haryana counterpart for an "attack" on peacefully demonstrating farmers. Singh expressed "outrage" at several protestors being injured in a baton charge by Haryana police. Capt Amarinder had said that this was not the first time farmers had been exposed to "brute force" by the Haryana Police and that it was clear that the BJP-led ML Khattar government was doing so in a desperate attempt to end the farmers' strike against the Centre's three farm bill. Singh had also lashed out at his Haryana counterpart for defending the police action against protesting farmers.