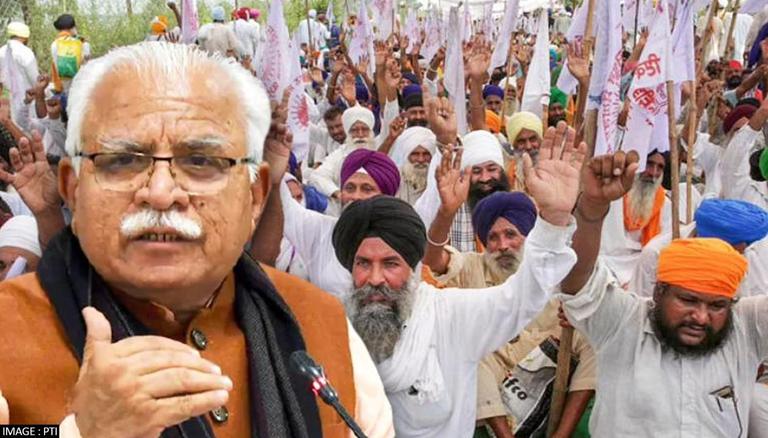 
After the Samyukta Kisan Morcha demanded his ouster, Haryana CM Manohar Lal Khattar retracted his remark exhorting the BJP cadre to retaliate violently against the protesting farmers. Addressing the members of the state unit of the BJP Kisan Morcha on October 3, Khattar urged them to raise a volunteer force of up to 1000 farmers in each district of north and west Haryana. Moreover, he asked them not to worry about the consequences of taking the law into their hands citing that they will emerge as "big leaders" once they are eventually released from jail.

Speaking to the media on Friday, Manohar Lal Khattar remarked, "In the last few days, I gave a statement. The statement was given in the context of self-defence. It is being propagated that the CM gave a call to pick up sticks. It wasn't said with malice against anyone. It was said with respect to self-defence. Even then, some protesters have started demonstrating against it."

"I want to tell my farmer brothers who are pained that I am taking back my statement. Because I don't want the law and order situation in Haryana to be affected. Everyone has the right to demonstrate peacefully," he added.

The SKM which is an umbrella body of several farm organizations protesting at the Delhi borders seeking the repeal of the farm laws welcomed this development and termed it a "victory" for farmers. It alleged that the Haryana CM's speech reflected BJP's mentality to convert peaceful protests into violent ones and crush them thereafter. Moreover, it asserted that farmers in more villages of Haryana will be made aware of the saffron party's purported "anti-farmer and undemocratic violent" mindset.

At present, the talks between the Union government and the farmers' unions have come to a standstill. The divide between the two sides further exacerbated on January 26 after the farmers' tractor rally turned violent resulting in 510 Delhi police personnel getting injured and extensive damage to public property. While the Supreme Court has stayed the implementation of the farm laws, a committee appointed by the apex court submitted its report pertaining to the legislation in a sealed cover on March 19. So far, 6 states- Punjab, Rajasthan, Chhattisgarh, Kerala, West Bengal and Delhi have passed a resolution in their respective assemblies demanding the withdrawal of the farm laws.