'Haryana Is Not Responsible Alone': CM Khattar Hits Back At AAP Over Water Crisis Debate

While speaking to the media, the Haryana CM said, "If this scarcity has to be made up for, it's not the responsibility of Haryana alone." 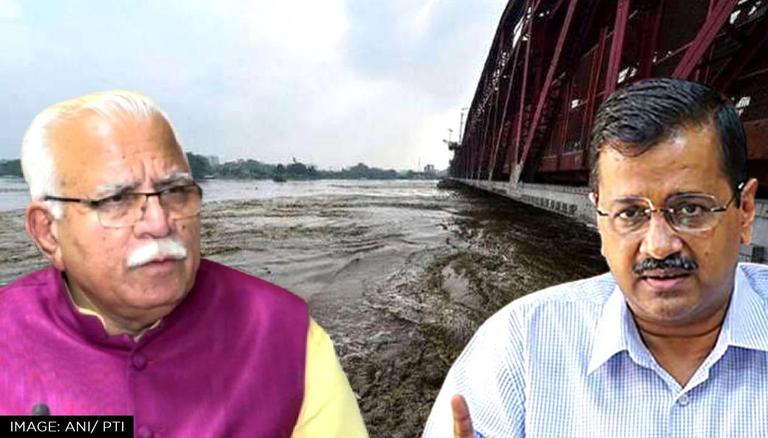 
Two days after Vice-Chairman of the Delhi Jal Board (DJB) Saurabh Bharadwaj said that the Haryana govt was not releasing enough water from the Yamuna river, which is required for the national capital, Haryana CM Lal Khattar has slammed the Aam Aadmi Party (AAP). CM Khattar stated that the Arvind Kejriwal-led party was responsible for the water scarcity as now they were in power in both Delhi as well as Punjab.

"Punjab & Haryana have had a long-pending dispute. If that is ended. we get 3.5 MAF of water, SYL canal is built, I promise we'd provide them water as much as they demand. But if we don't get water,it won't be justifiable if we supply them water&keep our people thirsty. So, I would like to say that now they have a double role. They (AAP) will have to take up that role and get us water from Punjab, we are ready to cooperate with them," Khattar added

'Water supply to be affected in parts of Delhi': DJB

On May 16, the DJB said that water production had been affected at treatment plants in Wazirabad, Chandrawal and Okhla and requested the residents, suffering from a scorching summer, to store an adequate quantity of water in advance as per requirement. It added that water tankers would be provided on request as supply would remain affected till the pond level improved to normal.

"Due to depletion of pond level of Yamuna at Wazirabad Water Works 669.40 feet against the normal level of 674.50 feet and reduction in release of raw water by Haryana in river Yamuna, water production has been affected from Water Treatment Plants at Wazirabad, Chandrawal & Okhla," it said.