A survey was conducted by CNX in which citizens across the Nation were asked questions related to various aspects of India under Prime Minister Narendra Modi. 
As Prime Minister Narendra Modi completes over half the tenure of his second term, a survey was conducted by CNX in which citizens across the Nation marked him and his government on various parameters- starting from his way of governance at the domestic level to the trajectory of India under his leadership at the Global stage.

Has PM Modi bolstered the strategic direction of the country? 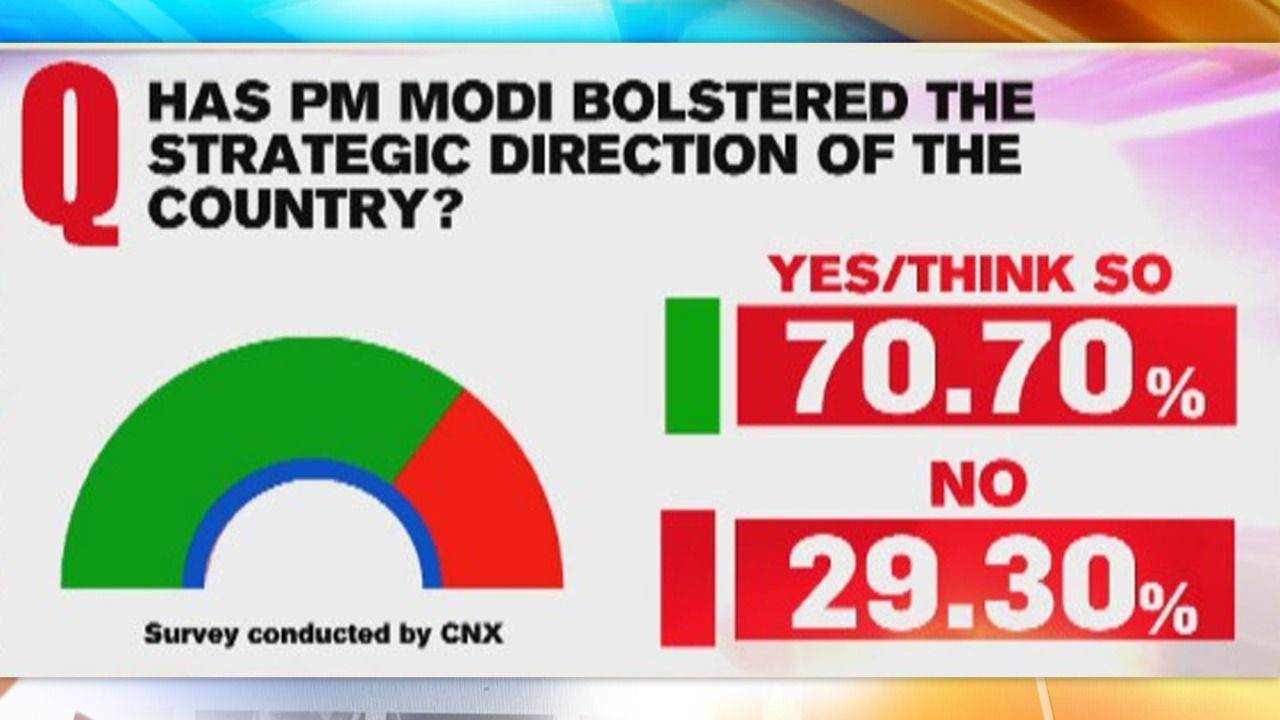 What do experts believe?

Mohandas Pai, Chairman of Aarin Capital and former CFO of Infosys, presenting his opinion on the question said, "No Prime Minister in the country has helped the poor like Prime Minister Narendra Modi has done. 1.5 billion Aadhaar numbers, 4.5 million bank accounts, 10 crore gas connections, 5 crore houses being built, water in the taps of all houses," he said, underlining that PM Modi has provided all the necessities to the people through his strategies. He added, "That's what is paying right now. That's what is being projected by so many people answering with a yes to the question of him bolstering the strategic direction of the country."

Retaliating to Pai's remark, and expressing his support to those who chose 'no' as an answer, Congress leader Kamru Chaudhary said, "India was an emerging superpower in ten years of Manmohan Singh government with an 8.8 percent growth which came down to a negative growth rate, unfortunately in the past seven years. India has transitioned to a failed state under PM Modi."

The survey answered multiple qualitative questions on the Prime Minister and his governance. It revealed that over 67% people believe PM Modi's leadership has been transformative for India, whereas 72% also feel that India's strategic trajectory on the global stage under the PM's leadership is positive.

Also to do with India's place in the global scheme-of-things, the poll revealed 67.5% respondents believe India is claiming its rightful place in the world under the Prime Minister's leadership, whereas a similar number of people, on another count, believe PM Modi's model of transformative governance has been inclusive.