As the table turn with Kapil Sibal leaving Congress, his former colleague from the grand-old Jitin Prasad trolled him on Wednesday. 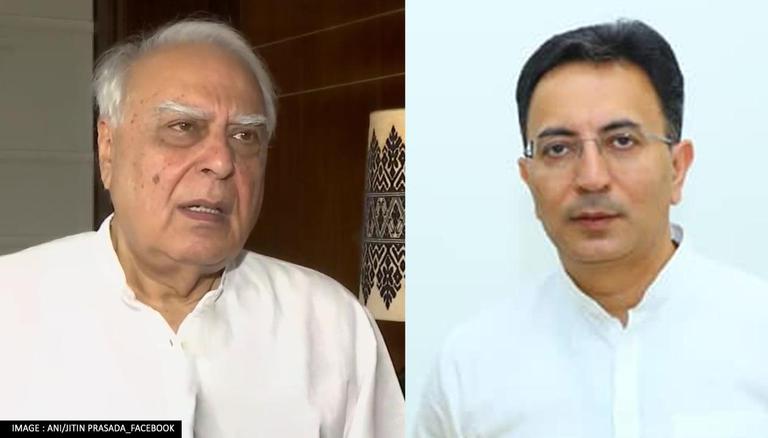 
As the tables turn with Kapil Sibal leaving Congress, his former colleague from the grand old party Jitin Prasad trolled him on Wednesday. Prasada, who switched to the Bharatiya Janata Party last year, was asked by Sibal in 2021 on Twitter "The question is will he get 'prasada' from BJP or is he just a 'catch' for UP elections?"

'How's the prasad', Prasada asked resharing the 2021 tweet, as Sibal dumped Congress party and filed his Rajya Sabha nomination on a Samajwadi Party (SP) ticket in the presence of Akhilesh Yadav. Already a member of the Upper House of the Parliament, the lawyer's term ends in July.

The question is will he get “ prasada “ from BJP or is he just a ‘catch’ for UP elections ?

In such deals if ‘ideology’ doesn’t matter changeover is easy

'I am no more a Congress leader'

Sibal, a lawyer who has represented politicians across the spectrum and once a senior leader in the Congress party, was one of the leading figures in the G-23. As the conglomerate of leaders miffed with the Congress' current dispensation, Sibal had opined that the Gandhis should step aside from their leadership roles.

He also questioned the rationale behind formally elevating Rahul Gandhi as the Congress chief, citing that he is the de-facto president already.

While there was much clamour surrounding the Congress Working Committee (CWC) meeting in March, once again faith was reposed in the leadership of interim president Sonia Gandhi despite the G23's opposition. The G23 had released a straightforward statement expressing its criticism while refraining from explicitly criticising Sonia Gandhi, Rahul Gandhi, or Priyanka Gandhi Vadra.