After Rajya Sabha MP Shantanu Sen tore his papers in the Upper House, Union I-T minister Ashwini Vaishnaw on Friday, claimed that TMC has a culture of violence 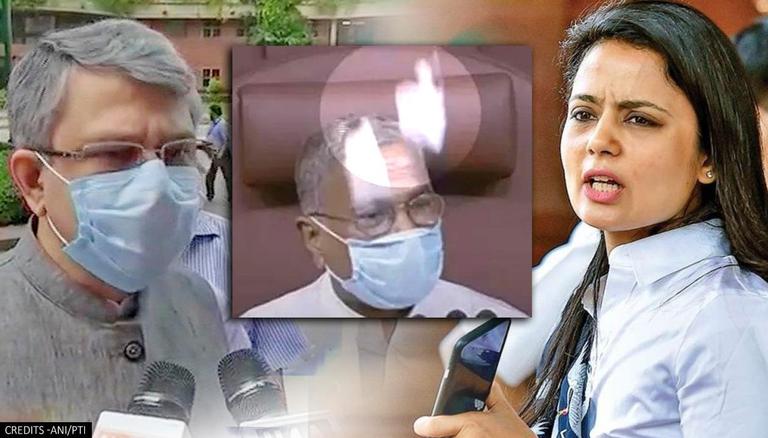 
After Rajya Sabha MP Shantanu Sen tore his papers in the Upper House, Union I-T minister Ashwini Vaishnaw on Friday, claimed that TMC has a culture of violence in Bengal. Questioning what culture was being passed on to future Parliamentarians, Vaishnaw condemned the TMC's culture. Sen had allegedly snatched Vaishnaw's papers and then tore it up while the I-T minister was replying on the Pegasus snooping allegations in the Rajya Sabha.

Vaishnaw on Sen tearing up his papers

#WATCH | IT Min Ashwini Vaishnaw says, "TMC has culture of violence in Bengal. They're trying to bring the same to Parliament. What message do they want to give to the next generation of Parliamentarians?"

TMC's Santanu Sen snatched a paper from his hands & tore it in RS y'day. pic.twitter.com/LezONBUJfh

Rebutting Vaishnaw's claims, TMC MP Mahua Moitra said that TMC was 'proud to fly our flag high'. Taking a dig at the Centre, she alleged that BJP has brought Gujarat's snooping model to the national government. Sen has been suspended from Rajya Sabha for the entire Monsoon session after BJP moved a privilege motion against him.

On Thursday, TMC parliamentarian misbehaved with Ashwini Vaishnaw while he was reading the statement on the 'Pegasus Project' report. The TMC MPs and opposition party members had rushed into the well of the House as Ashwini Vaishnaw was called to make a statement. The opposition members raised slogans and tore papers that appeared to be copies of the statement that the minister was about to make. The papers were later flung into the air thereby stalling the minister's statement. The minister instead laid a copy of it on the table of the House.

The I-T Ministry has issued a rebuttal rubbishing the report that the Indian government allegedly spied on over 300 citizens, including 40 journalists via Israeli spyware Pegasus. Asserting that India was committed to free speech, Centre claimed that the questionnaire sent to it was 'founded on pre-conceived notions' and that Centre's RTI response to the use of Pegasus was itself sufficient, terming the report a fishing expedition. Similarly, 'Pegasus' owner NSO Group highlighted - 'the purpose of the list could not be conclusively determined' and the list does not 'identify who puts the numbers on it or why', refuting all allegations. Ruckus has rocked Parliament for the past 4 days as Opposition has raised slogans, leading to repeated adjournments.