IN PICTURES : As PM Modi Takes Oath For A Second Term, Here Are The Most Stunning Visuals From The Rashtrapati Bhavan

Prime Minister Narendra Modi has been sworn in as the Prime Minister of India for a second term after a landslide victory in the 2019 Lok Sabha election.

Prime Minister Narendra Modi has been sworn in as the Prime Minister of India for a second term after a landslide victory in the 2019 Lok Sabha election. With the cream-and-red sandstone dome of the Rashtrapati Bhavan in a backdrop, President Ram Nath Kovind administered the oath of office and secrecy to Narendra Modi and his council of ministers.

Surrounded by more than 8,000 guests and security staffers, Prime Minister Modi took the stage dressed in his trademark white kurta-pajama and read the oath of office in Hindi.

With the oath-taking ceremony coming to an end, here are stunning visuals from Rashtrapati Bhavan:

Shri @narendramodi has taken oath as the Prime Minister of India. pic.twitter.com/BPq4HDsJIm 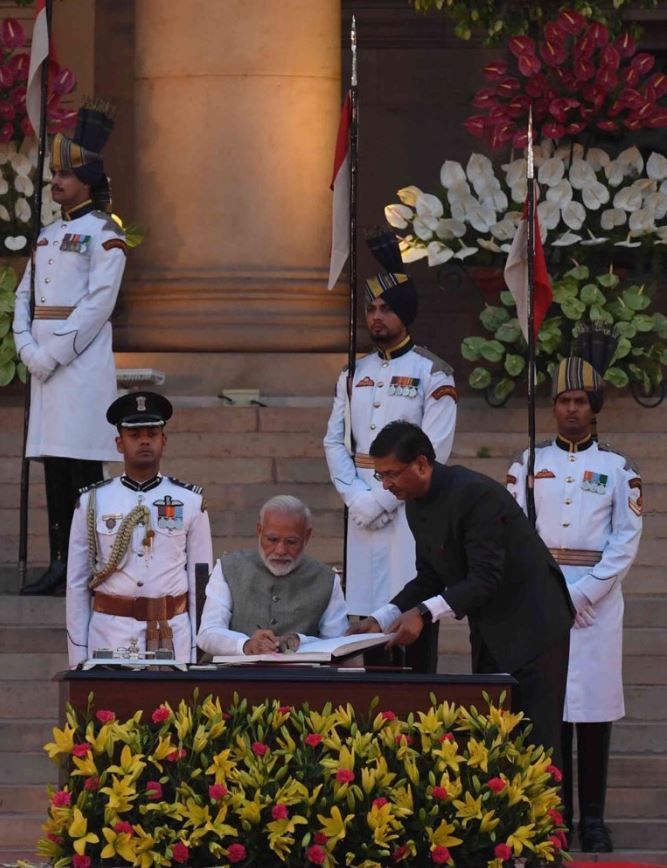 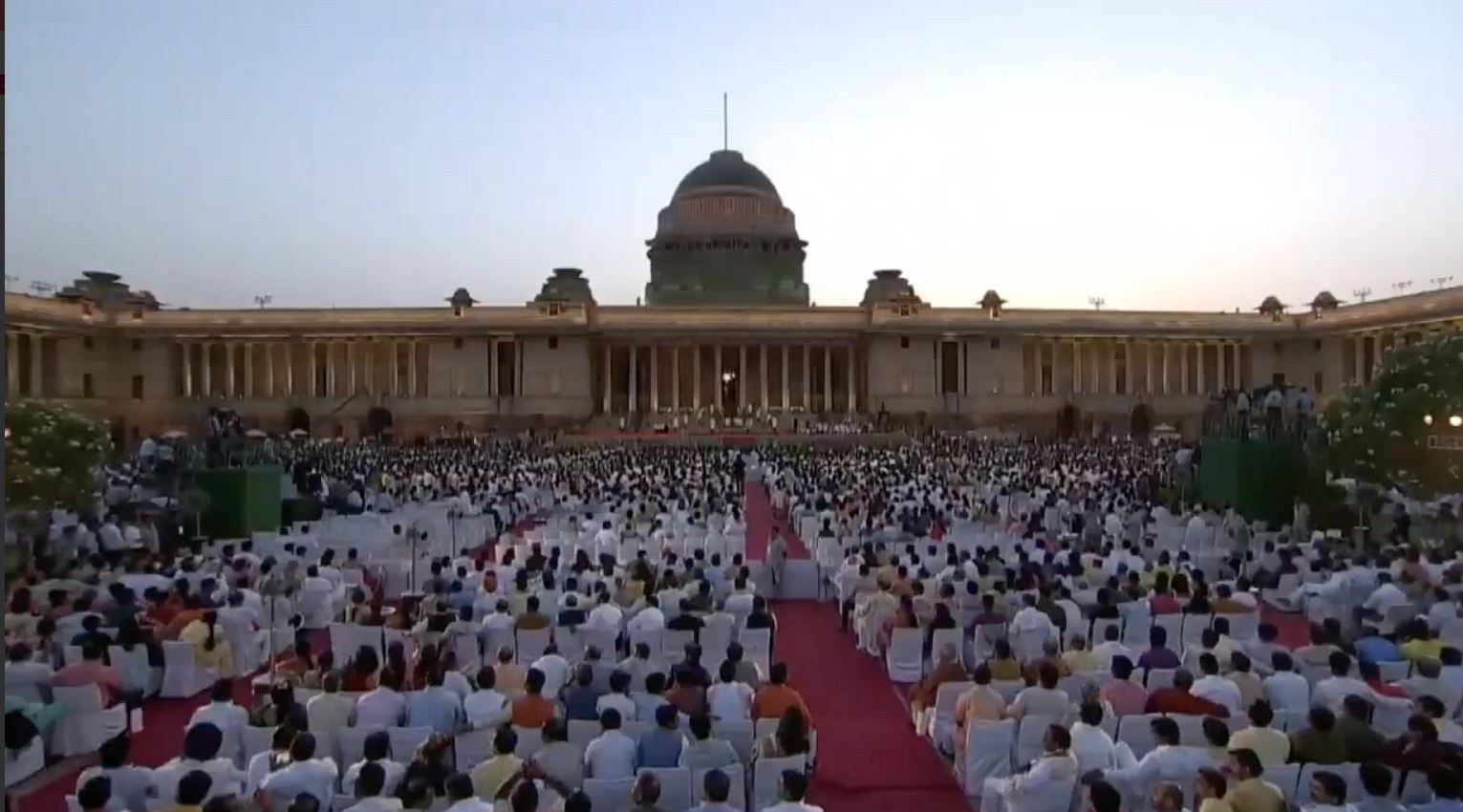 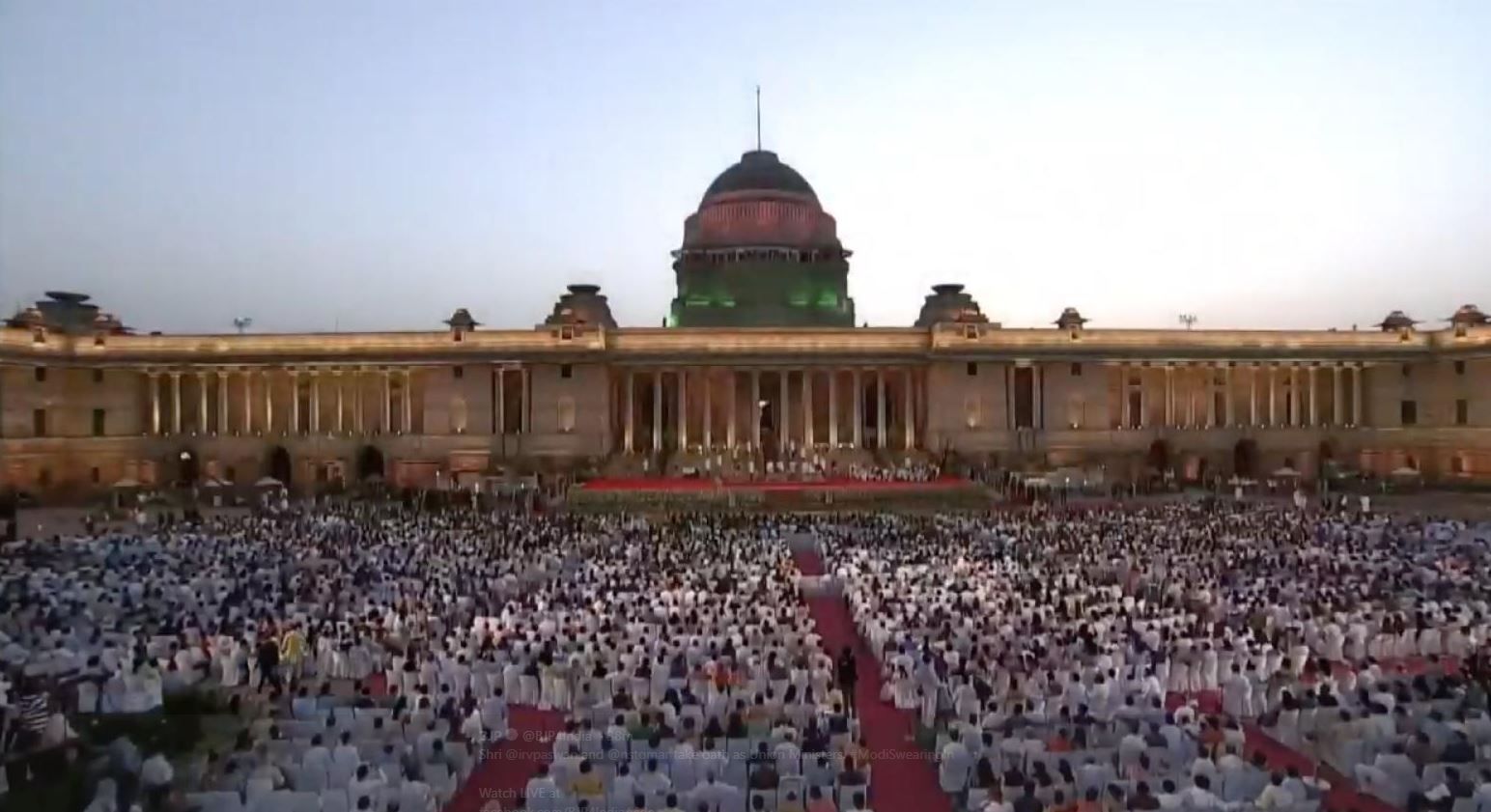 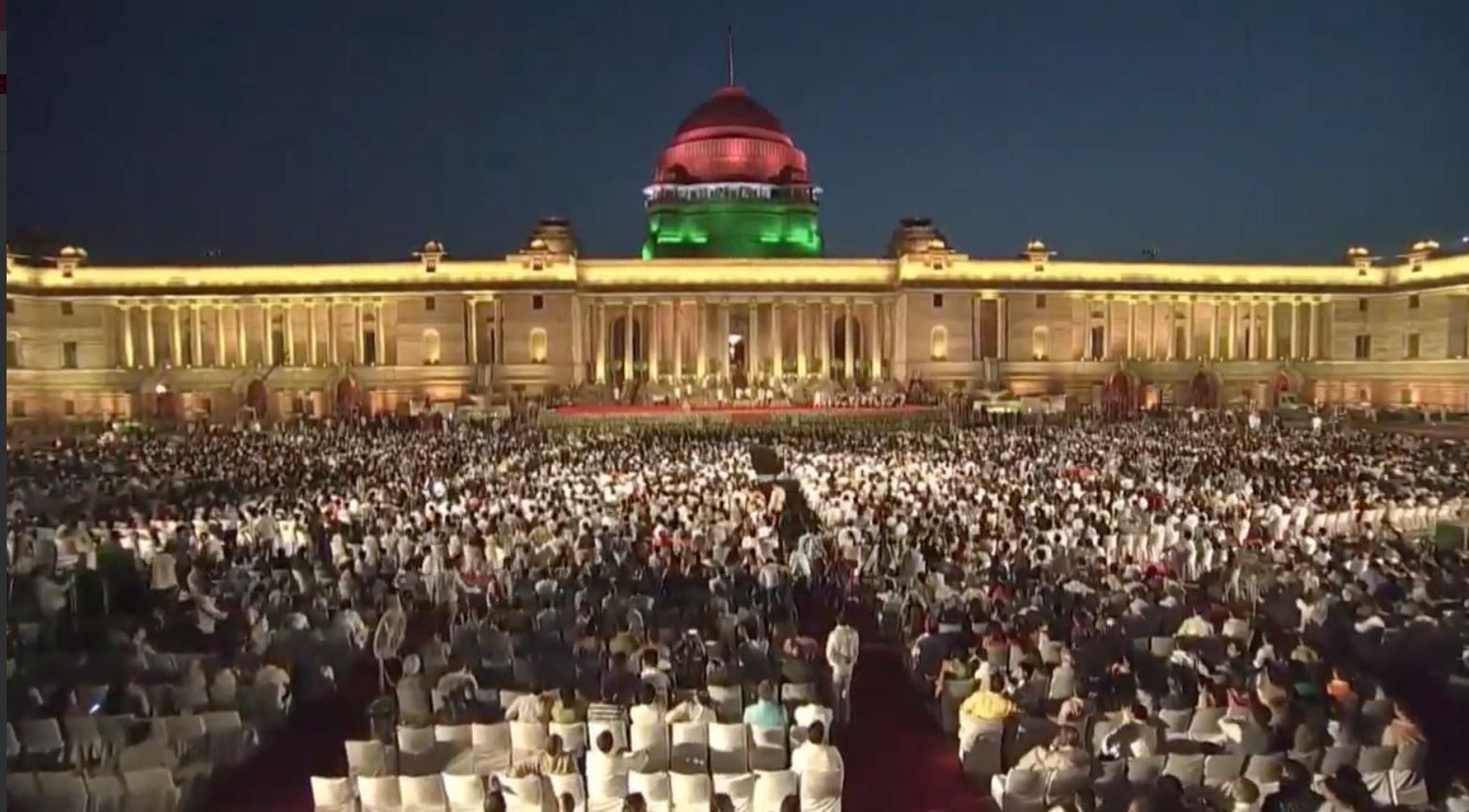 Present at the glittering ceremony, held at the forecourt of the Rashtrapati Bhavan, the same venue as in 2014, were high-profile world and national leaders and personalities. These included leaders from the BIMSTEC countries, opposition leaders Rahul Gandhi and Sonia Gandhi, chief ministers, corporate honchos, and film stars.

Industrialists Mukesh Ambani and Ratan Tata were also present for the oath-taking. Multi-layered security arrangement was put in place in Delhi on Thursday with the deployment of around 10,000 security personnel from the Delhi Police and paramilitary forces.