After Taliban announced its caretaker government, India and Russia agreed to coordinate their approaches in multilateral formats regarding Afghan settlement. 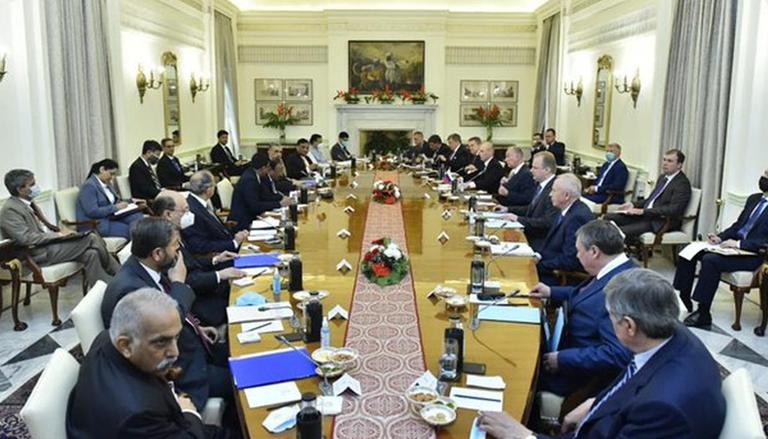 
India and Russia on Wednesday agreed to coordinate their approaches in multilateral formats regarding the Afghan settlement and also stressed the need to prevent escalation of violence in the war-torn country.

Indian National Security Advisor Ajit Doval and his Russian counterpart Nikolai Patrushev discussed both countries' efforts in an attempt to create conditions for a peaceful settlement on the basis of an intra-Afghan dialogue, informed Russian Embassy in New Delhi.

During the meeting, both leaders also discussed humanitarian and migration problems in the war-ravaged country, the Russian embassy added. It should be noted here that this was the follow-up meeting between the two countries after Prime Minister Narendra Modi and President Vladimir Putin had telephonic conversations in August.

READ | US shows apprehensions over track records, affiliations of some Taliban cabinet members

"As a follow-up to the telephone conversation between Russian President Vladimir Putin and Indian Prime Minister Narendra Modi on August 24, an exchange of views took place on the military, political and socio-economic situation in Afghanistan," the Russian embassy said.

It is worth mentioning here that the meeting between both countries a day after the Taliban announced its new interim government in Afghanistan which will be headed by Mullah Mohammad Hasan Akhund, the head of the Taliban's decision-making body 'Rehbari Shura.'

It should be noted here that during the meeting, India also emphasised other international terrorist groups operating in Afghanistan as well as Pakistan's links with the Taliban. Showing concerns over the security of minorities including Hindus and Sikhs in Afghanistan, India pointed out links of Pakistan's intelligence agency ISI with terror groups in the war-torn country such as Lashkar-e-Taiba (LeT) and Jaish-e-Mohammed (JeM).

Besides, both countries also discussed a range of other issues like future bilateral cooperation among security agencies, including upgrading consultations and exchange of information. Earlier in the day, General Nikolay Patrushev also met with External Affairs Minister S Jaishankar and the Russian delegate is also expected to meet Prime Minister Narendra Modi.

WE RECOMMEND
Afghanistan will be governed by laws of 'holy Sharia', says Taliban supreme leader
US, NATO allies back to square one in Afghanistan after the Taliban's takeover: IFFRAS
As Taliban announces new government, Turkey & Russia express no rush to recognize it
CIA chief, Russian NSA in Delhi for talks on Afghanistan crisis amid new govt formation
'You leave Americans behind!' Biden heckled by angry public over Afghanistan pullout in NJ