'Inspire Others To Use National Flag As Profile Pic,' Shah Appeals 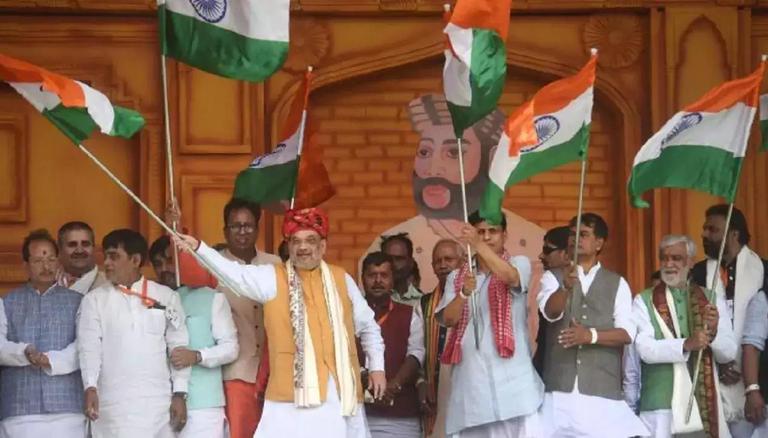 
Union Home Minister Amit Shah on Sunday asked people to inspire everyone to use the national flag as profile picture of their social media accounts between August 2 and 15 and join the special campaign 'Har Ghar Tiranga'.

Shah's appeal came after Prime Minister Narendra Modi said the 'Azadi Ka Amrit Mahotsav' is turning into a mass movement and urged people to put 'tiranga' as profile picture of their social media accounts between August 2 and 15.

In a series of tweets in Hindi, Shah said Modi has started 'Har Ghar Tiranga' campaign to hoist the tricolour at every home from August 13 to 15, praising the valour of freedom fighters on the occasion of 'Azadi ka Amrit Mahotsav'.

"To make the #HarGharTiranga campaign a mass movement, today in his  #MannKiBaat programme, @narendramodi ji appealed to all the countrymen to put the tricolour in their social media profiles from August 2 to 15.

"Inspire others to join this campaign by putting the tricolor in your DP," he said.

Shah said besides connecting the country, the tricolour inspires everyone to dedicate to the service of the nation.

In his 'Mann Ki Baat' radio broadcast, Modi noted that under the 'Azadi Ka Amrit Mahotsav' programme to mark the 75th anniversary of India's Independence, a special campaign 'Har Ghar Tiranga' is being organised between August 13 and 15.

He urged people to hoist or display the national flag at their homes during the campaign.